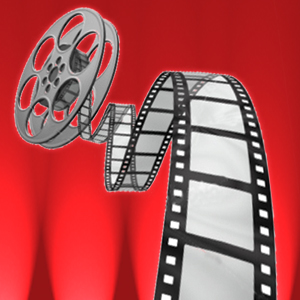 Film is an argument and the exploration of the human condition. Take for instance a story about a husband and wife who both hold perspectives of the truth: his view; and, her view.

Each holds a precious and important opinion that has the right to be expressed. The expression of their heartfelt view creates conflict and a soulful stand for what is right or of value. The person and their ideas are a treasure waiting to be explored, which is the role of film story.

The conflict drives curiosity that must be satisfied within the audience. They cling to every word expressed and action taken, as they try to unravel the conflict and learn how it impacts their personal life. But from the dueling of ideals or assertions also comes the acknowledgment that not all answers to life are black and white.

In the words of philosopher Jacob Needleman, “There is always something more than two opposing truths. The whole truth always includes a third part, which is the reconciliation.”

When my family was young and my wife and I were locked in a decision making tie, we always considered that we each held only a portion or a degree of the full truth and God held the vantage point we were unable to see. By seeking his views together, we found new insights that brought all of our views into perspective.

The turning point in film accomplishes the revelation of that third perspective, bringing the two opposing viewpoints into a clear light. This gives way to a new vantage point that resolves the third act, while reconciling the husband and wife to a new world view filled with redemptive qualities. This climatic moment raises both the husband and wife to a new understanding and a better life than they could ever anticipate.

By scrutinizing the issues as they worked through the struggle, the husband and wife realized their flaws and the blessings of the other. Their passion for their outlook in life shifted into a mutual drive for the best right answer, which bonded the two during their journey. When the new perspective was finally revealed, they were both able to embrace it, reconcile with each other and agree on their next steps together in life. Their story had been redeemed.

Films that are not made as an argument ever reveal the truth about the human condition and our need for redemption. Nor do they show the struggle of opposing truths that can be resolved from that third perspective, while reconciling the characters to each other and their new world view.

Audiences are unable to pull real fixes for their personal walk in life from films that don’t start with the human condition, argue through important issues to a resolve, and come to a point of reconciliation that redeems their relationship and circumstances.

An example of a film that is out of touch with reality might be about prayer always being answered. It wouldn’t cover the other truth that not all prayers are answered. Instead of struggling through conflict created by the human condition in a search to understand how prayer works, it would fall short. The audience might go home and pray vigorously for a couple weeks, but the first sign of unanswered prayer might send them into a tailspin, or cause them to think they aren’t good enough for God to answer their prayers.

A redemptive story shows what happens when a prayer is answered and unanswered. It reveals the struggle humans go through in trying to figure out how to get their prayers “to work.” The second act is filled with emotional battles of people trying to get God onto their side, which spins the characters into a mix of opposing prayers.

It’s kind of like the last World Series Championship Game. Some people prayed for the Cubs and others prayed for the Indians. The characters in the film would have to face their feelings about their prayer being answered or unanswered, and what it was that “caused” the outcome.

But then, the third act turning point would reveal that not only was there a third perspective, but the final game in the World Series Championship turned out to be the most entertaining baseball game in the audiences lifetime. The climax of the film would show that the Cubs were redeemed from the goat curse and audiences would have to consider what they explored about prayer during the feature length journey.

As the credits rolled, the audience would better understand that prayer isn’t a connection to a catalog house waiting to deliver our next desire, but instead is a communication line to chat with the one who wrote our owners manual. The one who can help us get the right and third view on life, so we can be reconciled to live and love to the fullest.

The audience leaves the theater with hope in their hearts and a desire to better know their creator. They also leave knowing that prayer is not necessarily a quick fix, but a relational tool for understanding and expression of our needs. They might even pick up The Book to learn more. But one thing is for certain; the audience is less likely to treat prayer as a lottery ticket for life.

When done right, film is definitely an argument and the exploration of the human condition.

2 thoughts on “Film: A Redemptive Argument”