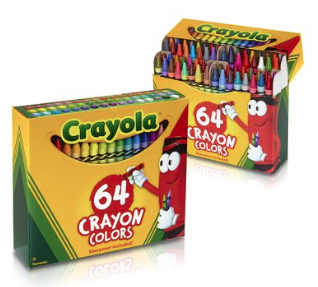 Some say that Trump’s campaign messages captivated Americans, while Clinton’s messages seemed to miss the mark with critical people groups. Others say it was Trump’s lack of intelligence that helped him speak to the people and Clinton’s high intellect that undercut her attempts at the White House. These comments caused me to consider how the messaging of each candidate helped or hurt their campaign.

To win an election, or to communicate any message, the speaker must exclude some vocabulary so their message is clear and easy for the average American to understand. The media typically presents the nightly news at the 8th grade level to make sure they reach as many people in their viewing audience as possible.

This makes sense to me when I compare the communication of information to crayons. Almost everyone in our country understands the basics of communication. It’s like the average person is able to communicate in the 8 basic crayon colors. You know the ones, those boxes with the really thick crayons that are hard for preschoolers to break.

As we grow older we mature to the level of communicating with a box of 16 crayons. The crayons are smaller, but we’ve doubled the amount of color choices like our increase in vocabulary. Soon we improve to the 24-pack and those more focused learn additional communication skills that serve up one of those cool 64-packs of crayons. And, there are a few that move on to the 152-pack, but its rare.

Abraham Lincoln spoke at an 11th grade level, the highest level spoken during a run for the presidency. Trump spoke at the 4th grade level, which was the lowest level in history for a candidate. George W. Bush, during his run spoke at a 5th grade level. Clinton varied her talks, fluctuating between the 7th and 9th grade levels – possibly blocking many Americans from understanding her message.

You see, Trump spoke using the 8 basic colors we all understand in life. When he said blue, we understood him because the 8-pack comes with blue. But with Clinton using a vocabulary that included the color Cornflower, many 8, 16 and 24-pack people didn’t know she was saying blue because their vocabulary didn’t included the variation she mentioned. They may have thought she changed the subject to farming or baking—get it, Cornflower.

The readability model used to measure the level of a speaker’s comments is called READ. This information is always tracked by organizations including the Boston Globe and Carnegie Mellon University. And, the published results are readily available in many libraries. The document I read came from the Cornell University Library.

My take away from my mini-study is that I can talk to 64-pack people and be understood by them using any of the 64 colors. But, if a 16-pack person joins us at the table, I have to shift my conversation to 16 colors if I want everyone to understand my comments. I saw this play out in a peculiar way just this week.

A wife (64-pack) asked her husband (8-pack) a Cornflower question. His pride didn’t allow him to ask what she was talking about, so he instead stormed off with his voice trailing, “I don’t have time for any of this.” She turned to me and asked if she was being unreasonable with her husband. I nodded, “No,” and suggested she reword her request based on his 8 colors.

It’s frustrating for a wife or husband who has a spouse with less colors of communication ability because they are constantly talking with self-restrictions to be understood. They typically alleviate this frustration by finding a friend that can handle all of their 64 colors of expression, which greatly reduces their stress.