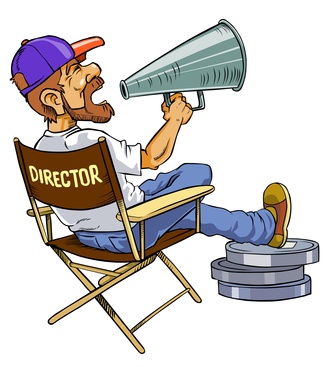 In watching and chatting with numerous actors and directors over the years, I’ve learned a few things that directors do poorly and several they do well. During this time frame the ideals have changed within the production world, so I’m writing only those key points that relate to actors giving a truthful performance. I hope directors will find these recommendations helpful.

If I were to add a “don’t” to the list for amateur directors, I’d have to recommend NOT ever demonstrating how you’d like something played. This act instantly reduces the director’s credibility to zero and he doesn’t get what he’s asks for, as his performance never plays out the way it was in his head. It is also insulting to the actor who is the expert on her character, who would never do things like the director demonstrated. This is not to take away from the director showing an actor their blocking, as he walks the actor down the path, while discussing the character’s motivation.

The key is to remember that the actor is an expert at her character and the director can’t be due to his high level of knowledge on the entire picture. However, the director will know what works and what doesn’t and must use questions to help the actor create variations of performance until the director gets what will work best on screen – Something the actor trusts the director to accomplish.