A friend of mine surprised me with a note detailing the results of his unique research. He was adamant about learning why certain films succeed with a shooting schedule that kills other films. The correlation was eye opening and made me curious about my list of shooting scripts.

Typical Movies of the Week (MOW) fit easily into a 3-week schedule due to time constraints and budgets. Although some networks are satisfied with the results garnered by 2-week schedules because they prefer few set-ups and lots of close-ups.

Beginning filmmakers also use the 2-3 week schedule because they don’t yet have the artistic flair or knowledge of what to do with the extra time provided in an 8-week schedule. Many newbie directors can’t tell what the actor did right or wrong, so they move to the next shot without any exploration of how to best capture the human condition.

Oscar® loves the 8-week schedule because it keeps the story intimate and gives plenty of time to explore the artistic values that expose the human condition. The vast majority of Academy Award nominees and winners hold well to the 8-week shooting schedule. Few Oscar® winners use a shorter or longer shooting schedule.

Highly commercial films are forced to use the 12-week schedule due to its elaborate shots, visual effects and global storylines. The bigger box office spectaculars have even stretched the shooting schedule out to 6 months in order to properly create the world of adventure adored by audiences worldwide.

Understanding why the films in each category could succeed was impressive, but I found the list of failures more enlightening.

Many horror and Faith-based films attempt to make an 8-week film in 2-weeks and wonder why their box office couldn’t hit Hollywood’s $40MM mark that determines success within the industry. While most horror films shot within a 3-week schedule hit $12MM, Faith-based films tend to hit $3MM. I was curious about the gap.

According to the research, horror films use a simple “coming after you” action device to move the story forward and salts in a secondary plotline of romance or something from “Geekdom.” Faith-based films seldom use action plotlines, so the story has no forward movement. The filmmakers rely solely on the message’s innate value rather than salting it into an action throughline.

Of course, 8 and 12-week scheduled films usually have a strong action plotline and one or two subplots to entertain the masses. This structure in of itself demands more shooting time and exploration of the human condition. Comedies on the other hand don’t adhere to the story structure, as they explore improvisational work by the talent. Doing so can accidentally remove the pacing and format of the story, making it fall apart in the eyes of the audience.

Most $40MM plus stories are shot on the 8-week schedule using full story structure with an action plotline and two subplots. The longer schedule attracts larger names to the project that can draw a larger audience. The key to the film’s success typically rests on the director, writer and talent. Story is king and knowing how to direct is essential.

Most of the stories I write are for 8 and 12-week schedules. However, most of the shows I’ve been hired to direct have been for 3 and 8-week shooting schedules. The shorter schedules were due to investors or producers that wanted to spend as little money as possible to achieve their results, rather than investing the amount needed to honor the story’s natural schedule.

When I shot Mystery at the Johnson Farm we scheduled 11 pages a day and shot lots of close-ups with little coverage. When I was in The Dark Night’s parade scene we were capturing less than a page a day. On Nolan’s heavy stunt days they were lucky to capture one to two eights of a page a day.

The story demands a certain amount schedule for each of its specific scenes. To rob the story of what it requires only lowers the quality of the film. To give too much time to scenes causes the show to become bloated, forcing the editor to battle the director—trimming favorite shots for the sake of pacing and entertainment value.

The key question with independent film … is the story well structured enough to require the golden 8-week schedule or is it too weak? If it’s weak the filmmaker can either adjust the script or refocus his distribution to a small cable network in place of a theatrical release. 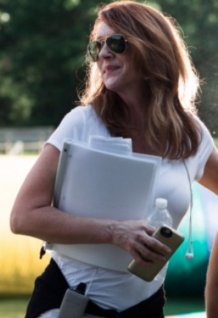 Lisa Arnold is at a turning point in her filmmaking career. Her directing chops in the faith-based genre are within reach of the Kendrick (Fireproof, Courageous, War Room) brothers’ skills. While she is still known for her acting, she’s quietly becoming a director to be reckoned with.

Caged No More demonstrated her passion for heart touching story. Her technical skills also exceeded the typical faith-based production techniques. Several scenes bumped up into the quality levels typical in TV movies and a few scenes were straight-out cinematic.

She relentlessly went after the audience in Caged No More, giving viewers little time to breath between heart wrenching scenes. She did present some humor to lighten the mood a third of the way into the story, but it wasn’t enough to keep me from gripping my heart as the story escalated. I actually had to pause the DVD twice to allow my emotions to calm down. 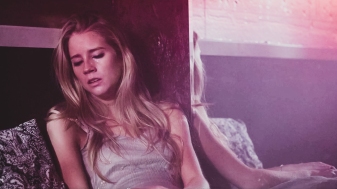 Part of this emotional charge came from Arnold’s subject matter. Caged No More is about the abduction of Jr. High girls into sex trafficking. The last national record I read had >14,000 girls ages 12 – 14 sold annually. That does not include girls 15 – 18. Nor does it count girls from less secure countries. And, it doesn’t count the boys who are also sold.

Caged No More finds an interesting balance with Arnold’s passion, the elements in faith-based films required by churches, and a form of entertainment that keeps the plot moving. Her careful crafting of the message is ideal for introducing congregations to the horrific reality our girls face.

Unfortunately, the film is not one I’d watch again due to the lack of breather moments. Nor am I interested in seeing the sequel due out in 2017, just in case she hasn’t figured out how to lace in more humor for people like me.

However, if you love to cry during movies, I highly recommend you watch Caged No More and watch the second film in the trilogy next year. It will also give you an opportunity to see why Arnold will soon become the “queen” of faith-based films, standing next to the king Kendrick brothers in the limelight.

As for me, I’ll be trying to figure out how to un-see what was presented so I can get back to a normal life. That’s not to say Arnold didn’t use extreme tact in her presentation, she did, but once you learn what she presents you’ll feel obligated to take some form of action to save at least one girl.

Well done, Arnold! Oh, and give me a call sometime if you want to brainstorm breather moments for your sequel – giving folks like me a chance to watch.

The 3 A’s of Story Movement

When I was a child, my dad told me that a motion picture was about movement. I said, “dah!” But later I realized he was profoundly right. I’ve seen too many films that were not about movement. I’m not talking about the physical motion you see on screen where either the camera is moving or the actor moves, although that is present in film.

Every great story has the triple A’s of story movement: Anticipation, Action, and Aftermath. It is no different than the beginning, middle and end, except for one small factor: It’s about building a question in the mind of a viewer that must be quenched by watching more of the show.

The “what” of a story is typically known by the audience before watching the film. The key is to make sure the audience doesn’t presume the “how” of the story before it unfolds. However, to create story movement the director must build anticipation in the audience to see if things play out in the expected way. While the ending might turn out close to expectations, how the story unfolds must be new and unique.

My picture of a character reaching for a flower is symbolic of anticipation. It causes the audience to wonder if the character will caress the flower and smell it, or pick it. Both possibilities have been seen before, so how it’s done tells a new story worth watching. Not knowing how things will play out causes the audience to anticipate several possibilities. The audience is compelled to continue watching to see the outcome. 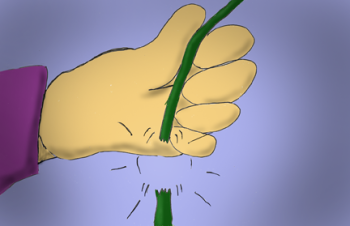 The flower being picked confirms the anticipated event to be new or what was expected, but done in a fresh way. It also raises another question. The audience now wants to know what will happen to the flower. The action drives the viewer to seek the end of the scene. They need to know if the character will hand the flower to someone, put it in a vase, toss it over the neighbors fence, or maybe realize that picking it killed the poor thing and grieve. The possibilities are endless. 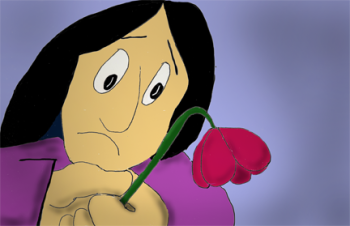 The aftermath isn’t always negative, but many times it is, except for the midpoint and climax of the film. But it’s always emotional so the audience shares the experience and desires to know more about what will happen in the next scene. Many writers speak about this moment being critical to moving a story forward using a consequence or conflict.

Every scene must have the three A’s to drive the audience’s desire for more story. Without it, the film falls apart. The magic of the three A’s is that it works every time, keeping the story moving and raises questions in the audience’s mind about what comes next. Great stories compel the audience to watch every subsequent scene until the film’s resolving climax and epilog.