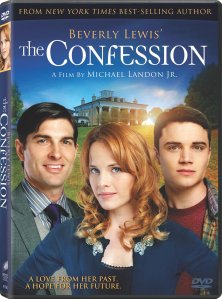 The team of Michael Landon Jr. and Brad Bird turned another Beverly Lewis masterpiece into a solid family film. While this sequel is a bit sappier than The Shunning, it holds well to its own style of monetary excess compared to the humble Amish tones set in the first film.

The Confession is the continuing saga of Katie Lapp, a young Amish woman who seeks out her biological mother (Sherry Stringfield of ER fame). In her journey, she finds herself a part of a mysterious con set to take her dying mother’s great wealth from the foundation she has established to better society. Before Katie is able to reveal her true self to her mother, the mystery must be solved and the culprits dealt with.

Katie Lapp is played by Katie Leclerc (Switched at Birth). Her performance is outstanding, as her character uses her mother’s imparted wisdom to avoid being played by the cons, while struggling to understand the life of “Englishers.” This balance kept the story interesting, as scenes would shift from moments of intrigue, to love, to surprise. 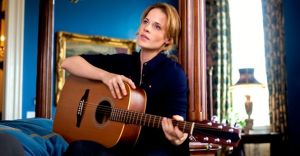 Landon did a great job directing the story, which fits his magical yesteryear touch and style. Using the story’s con game, Landon took advantage of the opportunity by exploring more facets of each character.  The result is the revelation of an unconditional love, as Katie is looked after by an “unknown” visitor – A cousin she doesn’t have.

The ending is of no surprise to Lewis fans, but it’s missing the same edge as the rest of the film. It just seems to unfold with little intrigue, as the revelation moment plays a bit flat. I couldn’t tell if the story just dropped out for a pinch, or if the editing was adjusted to meet the Hallmark Channel time constraints.

However, this film over all is a step up from The Shunning and is self-contained enough for those who missed the first film. Leclerc’s performance is worth the price of the DVD and the love mystery surrounding the “unknown” visitor is done well enough that I’m looking forward to the next installment.

Disclosure of Material Connection: I received one or more of the products or services mentioned above for free in hopes that I would mention it on my blog. Regardless, I only recommend products or services I use personally and believe will be good for my readers. I am disclosing this in accordance with the Federal Trade Commission’s 16 CFR, Part 255: “Guides Concerning the Use of Endorsements and Testimonials in Advertising.