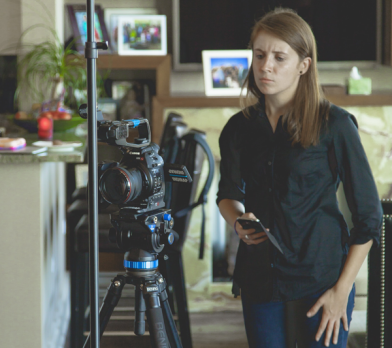 Directors fascinated with the technology know how to capture images that look cool and stir the soul. They are most likely first attracted to splash videos before understanding the subtleties of story-based cinema. He or she works well with the crew, but pretty much leaves the actors alone to do their own thing. Sometimes this relaxed process flows from the director’s inexperience, or ignorance of not knowing how to communicate with the actors.

This type of director may have once been an actor. He or she understands the nuances of performance and the depth it can bring to a story. Instead of focusing on the technology, the director spends time with each actor and determines how to draw out the best performance possible. Regardless of the schedule, time is allotted to capture the best performances through coaching, experimentation, and augmented performance technique.

Most technical directors gravitate toward television where story decisions are made by the producers, head writers, and show runners. Performance directors lean more toward live stage shows. And, arts and craft directors typically thrive in the motion picture industry. Unfortunately, all too often directors are misplaced and find themselves battling to survive, rather than thriving in their ideal environments.

The best combination is for a director to figure out which type resonates within his or her soul and enter the appropriate market. The same holds true with directors that lean toward specific genres. The sports enthusiast director should think twice about making a Hallmark movie, unless he or she is prepared to stretch him or herself creatively.

I’ve directed numerous genres in my life, but I’ve only won highly competitive awards for adventure films. I’ve also won several awards for my dramas, but they came from lesser competitions. In other words, my best combination where I thrive is directing a fun adventure film that’s salted with dramatic moments and humor. That’s not to say I can’t direct other types of stories, I’ve done numerous successful shows outside of my core expertise. But in all honesty they were never on the same level as when I’m paired to an adventure film.

Do you know your favorite director’s core genre?

One thought on “3 Types of Skilled Movie Directors”