A Chance Meeting: A Story to Warm the Heart 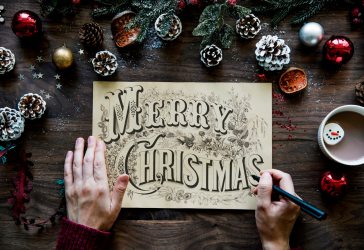 The cold drove me down the street faster than normal with the hopes of stepping into the next shop for warmth. Handing out promotional rack cards to every business in town was difficult due to the whipping wind. While I loved the freshness of the Chicago breeze during other seasons, winter typically saw the wind chill drop below zero, which was once again the case.

I stepped into a beauty parlor and my eyes locked onto a gorgeous woman who welcomed me to the shop. Her green eyes and reddish hair suggested an Irish heritage, but it was her Celtic Claddagh ring that convinced me of her family line and availability. The ring was on her right hand with the heart facing outward to signal that her heart was open to the right person.

The Irish side of me lit up and I engaged in an enthusiastic conversation. She was funny and generous with sincere compliments, but our time was cut short when her boss called her into the backroom. The moment was awkward at best. I headed to the door hoping to hear her voice one last time. The bell overhead clanged as I opened the door and faced the frigid air.

“I hope you come again!” the woman called out with a cheerful voice. I turned and gave her a smile, then twisted into the wind as I closed the door behind me. My face numbed from the below zero wind chill as my mind raced with warm thoughts from our chance visit. It was a good day.

Sitting by the fireplace in the early evening, I took a sip from my mug of soup and collected my thoughts. I penned a thank you note to the woman that had warmed my soul during the blizzard. I chose my words carefully knowing that she would most likely read the note several times over. Not because I wrote well, but because we seldom receive handwritten correspondence.

The words flowed directly from my heart with a sense of passion that would catch the attention of any healthy woman. Every syllable added to the rhythm in a fashion that, when read out loud, might sound musical to the discerning ear. The melodious words affirmed her hospitality earlier in the day and encouraged her to shine for others entering the shop for days to come.

As I signed the parchment, I reread the inspirational paragraphs to make sure when scrutinized the note reflected nothing more than a platonic thank you. Albeit encouraging beyond what most would attempt in a day of harassment allegations. But I made sure that not a single word suggested anything beyond a wholesome acquaintance.

That’s not to say a woman might not misconstrue certain words to be hints of a future she might long for, or inflate other words to the point where she could dream of a future that I would never accept. But within context and the definition of each word, she should only understand how well she comes across to others and the value she holds within her heart.

As for my heart, it was not ready to consider returning to the salon. My heart was still pounding for a woman from my past that I never had a chance to date. She was a woman of high moral character, though her past suggested a few dusty roads had been traveled in her younger years.

But I enjoyed the refreshing and warming company in those few moments while my toes and fingers warmed. And hopefully, the woman will always appreciate the stranger who entered her life long enough to encourage her with sincere compliments of her hospitality.

The Christmas season seems to have little moments of surprise that gives us that extra push through our hardships in life. It’s a time when all men consider good will to those they meet. And hopefully, it’s a time when simple words of affirmation can be magnified to boost a person’s morale for those who don’t have family around to celebrate.

3 thoughts on “A Chance Meeting: A Story to Warm the Heart”