Cruising the Severn River in Maryland 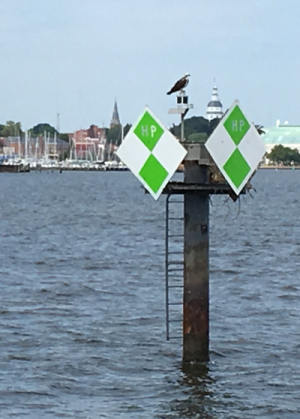 Magic happens whenever I’m cruising on water in new places. This morning I launched from historic Annapolis Harbor, located next to the U.S. Naval Academy. The ship’s captain was friendly and took time to point out several noteworthy sights.

There was a post in the water of historic significance. It marks the very place where, after returning from victory, General George Washington’s boat was grounded on a sandbar and he waited until the morning tide came in to get home.

Today, that post is home to fish eagles, better known as Osprey. The heritage of Annapolis, MD is rich with Navy stories going back to the Revolutionary War. Commodore John Barry first went to sea from his homeland of Ireland at age 9. During the Revolution, on March 14, 1776, he accepted a captain’s commission in the Continental Navy under General George Washington. 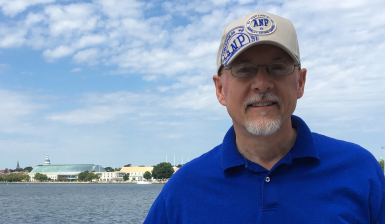 A month later he won one of the first battles at sea when he captured the English tender Edward. He had captured 20 ships by the end of the war, the contents of which were sold for $3 million at auction for the Continental Congress. Soon after, Barry became the first commissioned to the United States Navy.

Barry then trained the first officers of the United States Navy including heroes of the War of 1812. He also directed the construction of the first frigate: USS United States. Barry was the uniformed head of the Navy under Washington, Adams and Jefferson.

With this newly gained knowledge, we cruised past the U.S. Naval Academy and watched several sailboats and patrol crafts maneuver the river and bay areas. Training on one boat included “man overboard” techniques with several drenched officers. 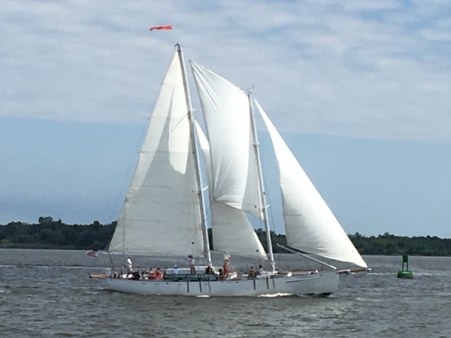 We later headed toward Chesapeake Bay and enjoyed a little sightseeing of civilian sailboats. But we couldn’t get away from the area’s rich history as the captain pointed out the steak house with a wooden domed roof. In its earlier life, the building housed congress for several months before moving to Washington D.C..

My time on the water was fantastic and I couldn’t help but wonder if I’d return to the area to make a movie about the first person commissioned in the United States Navy, Commodore John Barry. He was a man known for his Christian piety, outstanding work in freeing our country from England, and training some of the greatest heroes our country ever placed on the seas.