Two Film Industries or One? 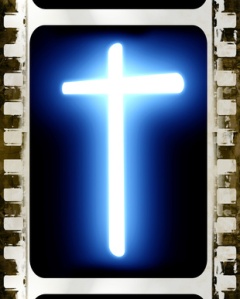 I had a good time coaching two filmmakers recently. They both wanted to learn as much as they could from my experiences and had the exact same questions. The only obvious difference between the filmmakers was the genre they work in. One made Christian films and the other horror films.

The Christian filmmaker became angry when I explained that there was only one film industry. He ranted on about the differences between the Christian and secular film industries. However, as a consultant, I had to bring the truth to light.

The thing that makes an industry is the joint economic activities between businesses, moving from concept to deliverables, in a given field.

The horror filmmaker wanted to learn what steps to take in order to be successful in the film industry. The Christian filmmaker didn’t want to know how to fit into the industry, but rather how to be successful in his own marketplace. And, his definition of success was getting his message to those that already agreed with him, while stating that his films would reach outsiders.

When the conversation got to release strategies, I talked about how the industry uses a film release calendar to maximize revenue. I took the opportunity to suggest that if a Christian film industry existed it too would have a calendar accessible by all Christian filmmakers. But, it doesn’t exist.

Based on my understanding, the reason it doesn’t exist is because Christian filmmakers are not concerned about overlapping release dates or the revenue that a film generates. They are solely interested in getting their message to those who agree with them. Some using the term, “preaching to the choir.”

I have no problem with a group of people working to create their own industry. In fact, I love growth and expansion. However, until Christian filmmakers have numerous businesses that specialize in all aspects of filmmaking from soup to nuts, or, should I say from concept to popcorn, it is imperative that they learn how to work within the general film industry.

All filmmakers, regardless of genre, must become experts to compete in the current marketplace. They also must create a fan base that loves their work and style, as super fans are the ones that create each filmmakers future.

But what are your thoughts? Does a Christian film industry exist? If so, how would you define it?

4 thoughts on “Two Film Industries or One?”