Last night I met several high performance people in back-to-back meetings. I was amazed at their expertise and ability to shine in their sector of the marketplace. It prepared me for a surprise experience later that night that boosted my confidence. I felt like I too could shine in my own way and the test was moments away. 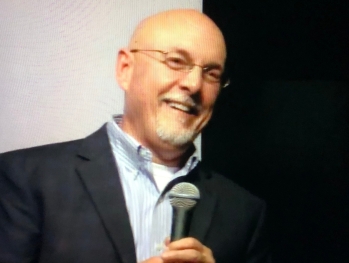 On Monday night, I gave a talk to a group of filmmakers interested in learning about how to protect their intellectual property. The speaking engagement went out on Facebook Live and allowed me to test materials from my new book that’s almost ready for release. The audience response from those in the room was better than expected and the online comments were also satisfying. That positive experience fueled my risky choice to last night’s surprise.

Dale Carnegie shared in one of his books the importance of being ready at all times to give a talk, should you be asked. I’ve heard religious leaders say something similar about always being prepared to share in season and out. Well, my surprise opportunity came last night during my last meeting.

When I entered late, due to my earlier meeting, it wasn’t possible to quietly take a seat without notice, as the host of the meeting welcomed me. I hate it when the flow of a meeting is interrupted and everyone turns from the front of the room to see the guy walking in a half hour late, especially when it’s me—which thankfully is rare.

As I took a seat, the host announced the four guest speakers and their topics. The fourth speaker’s name was CJ Powers. Yep, he announced that I was the last speaker of the night.

The woman sitting to my left leaned over and said, “I didn’t know you were speaking tonight.” To which I replied, “Neither did I.”

She was quite concerned and asked if the host was punishing me for being late. I had no idea why I was suddenly named a speaker, but I did know the host well enough to understand his motivation was not negative. I quickly raised my hand and asked what he said the title of my talk was. He answered, “How to Build a Successful Team.” Everyone in the room laughed, thinking it was a joke. At the end of my presentation, the look of amazement on everyone’s face and the hearty applause was well appreciated.

Here is a condensed paraphrase of what I shared last night… 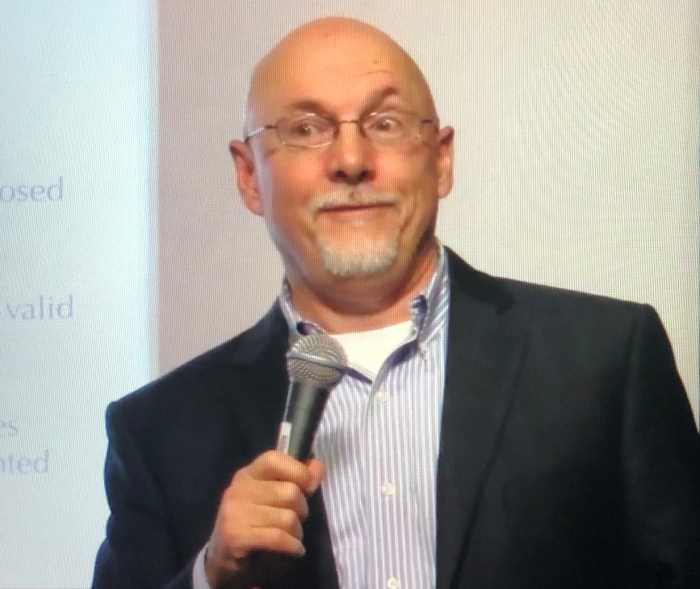 Through my unique experiences working for both Fortune 50 companies and small mom and pop shops, I’ve had the opportunity to learn what works and what doesn’t when it comes to exploring the building of excellent teams that drive revenue. I’ve learned the three steps that were always prevalent in successful teams and missing in the less fortunate ones.

One day I was asked to attend a brainstorming session in a large company’s think tank. They collected together the top creative people from two nearby corporate campuses and placed us in a room with what I’ll refer to as a widget. It was the company’s latest patented invention and no one knew what to use it for or how to promote it. In other words, it was ahead of its time.

The team leader handed us each a piece of paper with 100 numbered lines on it and asked us to list out 100 ways the widget could be used. After fifteen minutes, I had 23 ideas and peeked at a few other nearby papers, not to cheat, but to find out if I was on track. Most had 7-8 ideas at that point, which didn’t surprise me since my thought process is significantly different than most associates. But I too, soon laid down my pen before hitting 30 ideas.

Thankfully the team leader inspired us with a shift in perspective. He suggested that we probably had brainstormed based on our life experiences and should now consider the widget from our grandmother’s perspective. I immediately came up with another two dozen uses. Then he suggested we take a child’s perspective. By the time I reached 100 uses for the widget, I realized the importance diversity of perspective makes in developing a productive team.

I’ve heard people say that American inventor, Thomas Edison, failed 1,000 times before he invented the lightbulb. I’ve also heard it was 10,000 times. While the exact number is sketchy at best, it was clear that failure was a big part of Edison’s success. He felt empowered to find out what didn’t work, moving him that much closer to the solution he sought.

Cleaning product 409 got its name from the number of experiments it took to come up with the right formula that worked. Numerous stories exist about the failure of people that got to the top because they embraced and learned from their failures. Michael Jordan who still is in the top five of all time NBA scorers is also in the top five list of players that missed the most shots.

I learned that people who fail and push through for success always end up on top, while those who avoid failure rarely get anywhere in life. Empowering a team’s failure to build confidence and knowledge improves their success rate for the long term.

My upbringing implanted the idea that all incentives must be financial to be effective. However, several recent studies suggest that financial incentives only work well for immediate effect and for most blue collar workers, while events, parties, and excursions work best for white collar employees (The research did not include bonus programs, as it was only looking at project based incentives).

Regardless of the function a person serves, all employees appreciate some form of public praise or recognition for their success. People have always appreciated being acknowledged in some form or another, making praise an essential part of team development.

The common denominator in the above three steps used to build a successful team comes down to the individual. When you attribute the success to the person, allow them to fail forward and gain knowledge, and encourage them to infuse the essence of who they are in the project, success is always the outcome.

If you are interested in having me speak to your company or organization, please feel free to contact me. Also, please check out my new website for speaking engagements at speakercjpowers.com