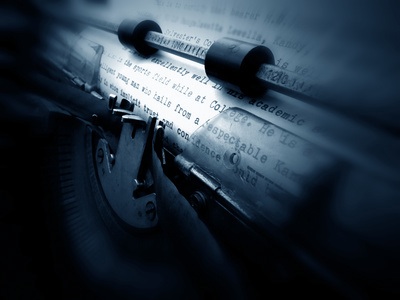 I have a friend that found an incredible story that’s worthy of being developed into a screenplay. When he first told me about the true events, he talked about it from the perspective of the children. After chatting on the phone with the family, he shared the story again, but this time from the mindset of the mother. When he introduced me to one of the children, I heard the story from the father’s viewpoint. It was clear that the real life elements, or story beats, were significant enough to impact everyone in the family, giving us several choices in how to develop the motion picture.

After analyzing the information presented, I broke the elements down by each potential story angle to determine which one was best for the film. The categories I used included emotional beats, high stakes at risk, and entertainment value for the audience. The weighting of each category helped determine from what angle the story would be told.

Film is an emotional medium that requires a story with passionate and poignant twists and turns. While beginning filmmakers think the story must first drive home a valuable message, it’s the emotional throughline that earns the right for the filmmaker to speak a message into the audience’s lives through the B-plotline. Those who try to craft the message within the action plotline soon find their story meanders or falls flat. The action plotline must take the audience on an emotional roller coster ride to properly make use of the medium. The film should therefore be from the perspective that drives the main character through a series of actions that heighten the emotional appeal and the story’s consequences.

Some of the films with clear emotional beats include: Les Misérables, Star Trek 2009, The Blind Side, The Darkest Hour, Schindler’s List, and The Wizard of Oz. These stories were well developed and crafted for the screen. The films were visual and hit every story beat that takes an audience on a journey of exploration. The stories argued both sides of a specific message in a way that enticed the audience to side with the filmmaker’s beliefs.

The character with the most to lose typically finds themselves in circumstances that amps up the volume of the emotional beats. This is critical to drive the story to its climatic conclusion. While stories typically have comic relief or temporary lulls in the action, so the audience can catch their breath, the story must be driven by choices that turn into physical and visual action. A “talking-head” plotline, where the main character spews forth nothing more than teachable moments, does not move the story forward or raise the stakes. The throughline must overcome the rule of diminishing returns, which is only possible by raising the stakes.

The rule of diminishing returns relates to the weakening of the audience’s buzz. The college student who gets his first car is excited to drive a secondhand clunker because its his. When after graduation he gets a normal car, he finds it difficult to get excited if he has to drive a clunker again. After a wonderful promotion and driving his upscale company car, the newly married driver struggles to find the excitement in driving the minivan on weekends. With every increased excitement, comes the rule of diminishing returns that makes it harder to generate the same buzz experienced in past events.

P.T. Barnum was a showman who used the rule of diminishing returns to his advantage. Everything he did had to increase its shock value to draw in an audience during the depressed era. Curiosity drove the people to purchase tickets over and over again as Barnum kept increasing the amazing acts within his show. Film is the same way. The audience must be taken on a journey that continues to amaze. The good news is that a director can use techniques to reset the audience’s expectations before every emotional increase so his story doesn’t get out of control.

At today’s high ticket prices and costly cable packages, audience’s demand their monies worth. They want to be taken on a journey that they’ve never been on before or introduced to a character that they can learn about for the first time. To accomplish this goal all stereotypes must be dropped by the filmmaker. He also must find ways of allowing his unique character to directly impact the plot based on his or her choices. The audience must find the story fun in order to watch it a second time, or stirring enough for those who like to have a good cry. A great story with fantastic production values are always at the top of the box office list or award categories—due largely to the embedded entertainment value.

The Oscar nominated film, The Shape of Water, takes the audience on a alien-like journey in time during the Cold War. The audience is also introduced to a compassionate, mute woman. Her unique circumstances and personal drive grabs the audience’s attention, whether they agree or disagree with her life choices. While the film is a far left propaganda piece, it’s entertainment value drives curiosity among conservatives who may revisit their political views after watching the filmmakers perspective.

Developing a cinematic story with great emotional beats, high stakes at risk, and emotional value, earns the filmmaker the right to speak into the audience’s life. The result is consideration by the audience of the filmmaker’s argument, but only when the picture is properly developed using the above proven elements.

Below you’ll find a button to buy me a cup of coffee. Any money raised through this process will go toward the purchase of podcast equipment for a weekly show that explores the creativity and messages in the latest motion picture releases. So please help by clicking…

One thought on “Selecting The Best Story Angle”