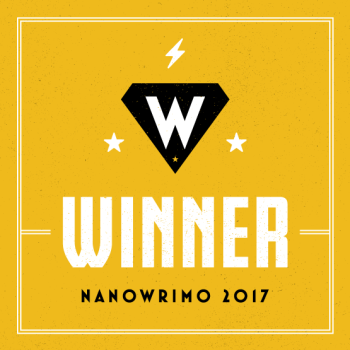 National Novel Writing Month is about a half a million authors writing novels during the month of November worldwide. The organization provided numerous “write-in” locations for the competition. Some provided incentives, while others provided food and caffeine.

To cross the finish line each author had to write 50,000 words in 30 days, which takes a lot of encouragement from others. A little over 4,000 people in my general area attempted the daunting task. In my specific local area 440 writers went after the win. With only a day or so left to go, only 15 writers have crossed the finish line so far with about 20 positioned to do so if all continues as planned.

Right now I have the third highest number of words completed at 56,352 with hopes of crossing the 60,000 mark on Thursday. The first highest has 120,144 words and the second highest has 76,285 words. Or, a better way to view the stats is to consider the number of total words written by local authors in this area, which are 7,846,619 words written so far—The equivalent of 100 novels.

I remember back to November 6th, the day I started. I was six days behind schedule and that white sheet of blank paper was looking up at me wondering if I had enough creativity to toss 50,000 words onto the page in the remaining 24 days. The sensation I felt when I made that mental leap to move forward was intoxicating and a bit foolish.

Once reduced enough ideas to writing and the numbers got up to around 18,000 words, I wanted to quit. There was no reason to continue the exercise since I had no way of finishing, let alone find an audience to buy my finished book. But, I received encouragement from strangers who were also participating. To honor their words of encouragement, I put one foot in front of the other and pushed through.

When I hit around 24,000 words life was pressing against me and everything was falling apart. I had to quit, but my new friends cheered me on and I broke through the 25,000 word barrier. By the time I hit 26,000 words, I found myself captivated by the story and had to continue writing to see what happened next.

I received a winner’s t-shirt after hitting 50,000 words (Yes, I had won!) and found myself compelled to forgo my breaks and keep writing. I had to tweak the words and polish the story. Everything was working in the plot points and the character development was far better than I had expected. The adventure was exciting and the romance … let’s just say women are going to love it. 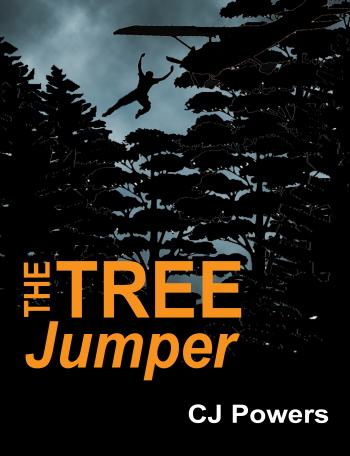 BOOM! The explosion and raging flames licked up toward the crashed Cessna dangling in the tall trees over the level six rapids … A few guys might enjoy the action scenes. Oops, am I saying too much?

Hmm, do I share which of the two men win Brianna’s heart? Nah.

I couldn’t have written an entire novel in one month (first draft only—lots of rewrites ahead) without the encouragement of my new friends. Thank you! And, for those of you who might be interested in reading The Tree Jumper, I’ll have more details in a future post.

In the meantime, if you see an author who wrote a novel in November, do take time to congratulate them on a job well done. It’s an impossible task for normal people, but us crazy creatives are foolish enough to entertain the masses. Oh, and for those of you who think it’s easy, I’ll see you next November.