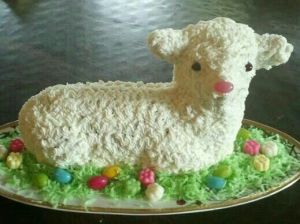 raffic on the way to my son’s new house for Easter dinner was packed. My sister was in the passenger seat with worry written all over her face. She was concerned that the bumper-to-bumper cars on the three-lane highway seemed to be moving at speeds above 55 mph, leaving no room for error. Then it happened … in less than five seconds.

I heard squealing tires and a thud from my sister slamming her broken foot against the car floor, as she intuitively searched for the brakes. The car directly in front of us slammed on its brakes and cut the steering wheel hard-left toward the inside shoulder. The car braked harder to stop from shooting off the narrow shoulder down into the valley.

I quickly cut left to straddle the dashed line between the middle and left lanes to avoid the other cars braking and moving right. Two other cars in front of me in the left lane lost control and they skidded to a stop with their back ends headed for a collision near the center lane.

I cut right, just missing the cars by a foot or two and swerved into the right lane as the spinning car came to a perpendicular stop. The car in front of me slammed on its brakes and skidded to a stop inches from the perpendicular car, forcing me to cut left, back into the center lane. As I passed the cars I noticed they had a few inches between them.

A miracle had happened. Not one single car had hit another, even though a dozen cars swerved, skidded and came to abrupt stops within inches of each other. There had been no sounds of crushing metal or banging bumpers. All had survived the high-speed incident without contact.

My sister turned to me with amazement in her eyes. “I don’t know how you did that, but you went like this…” she said as she mimicked my fast moves on the steering wheel. “I don’t know how close the cars behind us got, but I saw how close we got to the ones on our sides and how you avoided hitting all the swerving and spinning cars in front of us. All I can say is praise God!”

Awe filled my mind as I thought about those short five seconds. I wondered if my racecar training and certification program years ago had made a difference. I immediately discounted the idea, since none of the dozen cars involved had collided with another. Every driver was the recipient of the same miracle.

I turned to my sister and said, “I can’t tell you if my arm movement was an angel rapidly moving my arms at the right time, or what, but I saw the one car stopped before shooting off into the valley and I didn’t hear any metal hitting on any of the other cars we past.”

“All I’m saying is praise God,” said my sister. “Thank you Jesus.”

My sister turned to look at the backseat where I had placed five of our hot dishes and the lamb cake she made for dinner.

A silly thought passed through my mind that put the moment in perspective. We were alive and no one was injured and no car dented.

“I don’t care,” I said. “In perspective, I really don’t care. We’re alive and no one will miss one dish.”

“Well, actually,” she said. “It looks like it landed flat across the dish you placed on the floor. We might be all right.”

I chuckled. I was thankful for our Easter miracle.

2 thoughts on “Our Easter Miracle”