The League and the Lantern – Review

What do you get when you mix The Goonies with National Treasure? A new YA book series that I’d love to direct as a blockbuster feature titled: The League and the Lantern.

Author Brian Wells is an executive producer who has brought award-winning network television movies to the screen. His work has been seen by millions and supported by numerous family organizations. He is a man of character who puts the demonstration of good character into his story.

The League and the Lantern is not only the first book in the series, but it’s Wells’ first novel – A smash hit by my estimate. Not only are his readers eager for the book to be developed for the screen, but parents, homeschoolers and teachers love how he salted the 140 vocabulary words for middle school success into the story. 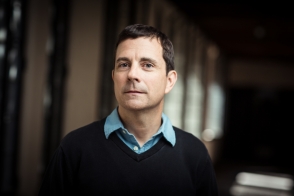 Coming from a collaborative industry, Wells put the same effort that created his television success into the book. He teamed with kids, experts and parents to make sure his story held to his high quality standards. That’s not to say a few editorial misses won’t need to be corrected at the next printing, but the story is told in the highest respectful manner with a great demonstration of wholesome living.

The story is about an awkward Jake Herndon and his chance for a do-over that starts with the 7th grade sleepover. The team-building program quickly turns into a high-energy adventure complete with national secrets, new friendships, and unique twists. By the end of the book, Jake learns the truth about a mystery that dates back to the Civil War, giving him a new perspective on life – now ready to enter middle school.

The best part of the story for me personally was reliving all the locations that I’ve walked in life, well, except for the secret ones. Wells’ descriptions made it clear that he too walked in those same steps, creating a clear picture of the environment the students faced, while in the presence of the dangerous organization invading their program.

This is one book where I hope the author has already started to write the sequel. The book’s themes of friendship, compassion and courage will out last it’s fun filled read. This book is ideal for any young person, and the parents and grandparents who like to sneak a good read from there loved one’s bookshelf.