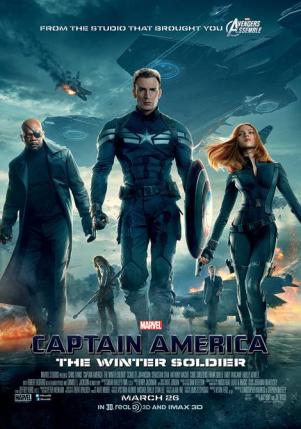 Animators almost have a corner on the structural elements required to emotionally impact an audience. While all filmmakers have the same opportunity to develop emotional storytelling techniques, animators were forced to learn the skills in order to give life to inanimate objects.

I produced my first animation in college. The experience caused me to stumble upon the key elements necessary to stir the audience’s emotions. The story must contain the “what” and “how” of a character to hook the audience. The “what” is the main character’s want or what he’s fighting for. The “how” is the action it takes to obtain it.

This rebirth is also experienced by the audience, giving them the same tools for life that the main character experiences. This new life doesn’t mean the character gets his “what,” but it does mean he gets his “need.” In other words, the character doesn’t get what he was chasing, but he gets something better. He gets what he truly needed, even if he didn’t know he needed it.

The goal of every director is to entertain the audience and once they are receptive, direct their attention to the emotional core of the story. This changes the audience’s lives. Unfortunately, most rookie directors have no idea how to get the audience invested enough into the main character that his life tools become the tools of the audience.

But it’s not a secret. The core of every story demonstrates the essence of the director’s intent, whether he is privy to his own heart or not. The choice narrative in of itself holds the key.

Seymore Chatman, an American Film and literary critic said that form or narrative structure, “communicates meaning in its own right, over and above the paraphrasable contents of its story.”

This is why films like Captain America can win more people over to ideals like God and country, wholesome living, and righteous standards than most faith-based films.

In Captain America: The Winter Soldier, Steve Rogers is a “flawed man” because he lives with real and honest character traits from the 1940s. He doesn’t fit into our modern superficial politically correct society. He has to figure out if he’s going to continue living with old world ethics or change. His struggle takes us on journey. We experience people making fun of him because he doesn’t swear. He is also laughed at and makes enemies for sacrificially and unconditionally giving of himself for a friend. But by the end of the journey he decides to hold to his convictions—The audience making the same decision for their own lives.

In the successful faith-based film, War Room, Elizabeth is not a “flawed woman,” but her husband is battling temptations. Elizabeth doesn’t have to work through any obstacles to change, she only has to learn how to pray to save her husband from temptation. As a result, Elizabeth gains one tool (the power of prayer) for her life utility belt. The audience does not accept the tool because we never see her battle and overcome obstacles that give value to the power of prayer. We see that she only needs to put in her time and God answers her prayers.

Unfortunately in real life many prayers go unanswered, or the answer is “No.” We don’t get to see Elizabeth struggle through unanswered prayers and how they change her perspective for the good, creating a greater value in prayer than a god catalog order. Having her face unanswered prayer and finding the fortitude to continue praying anyway demonstrates to the audience how important it is to pray regardless of the outcome—a tool everyone would like to have in their life utility belt.

There is, however, one controversial scene where Elizabeth speaks out loud to the devil. Some might say this is a moment of her working through a struggle to overcome adversity and reveal the power of prayer, but its not. The scene only shows that by speaking prayerfully out loud you can also succeed by causing the devil to flee. Elizabeth doesn’t overcome any flaws or grow internally through adversity in any way, thereby not passing on any life tools to the audience.

Story is about change and growth. It’s also about redemption of our flaws being reworked to make us heroes, which all audiences want to implement in their own lives. Most importantly, it’s about instilling the value of the theme in the hearts of the viewers. When each of these things is in place, audiences add significant positive change and life tools to their life utility belts.