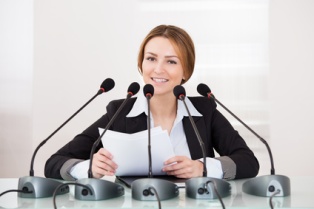 Communication is critically important in our lives. Every year men attempt to control this powerful tool in order to persuade others to their perspective. For decades journalists told both sides of a story to stop any one person from gaining control over the masses. But with the new millennium came a barrage of politically correct (PC) rules in the name of what is “right” that was accepted blindly by the country.

Freedom of speech, the kind that existed when I was a kid, no longer exists.

If you make a statement today that contrasts the current PC culture, you are bound to receive a barrage of comments “punishing” you for stating something outside of what is “right.” You no longer can voice an opinion that isn’t in agreement with those who are currently in power.

This new PC language has since infiltrated our friendships. For decades, a friend was someone you opened your heart to without the fear of rejection. They knew your deepest and darkest secrets, but cast no judgment. You were accepted for who you were and the positive elements of your life were celebrated.

In his book, Consolations: The Solace, Nourishment and Underlying Meaning of Everyday Words, David Whyte explains friendships in this way, “In the course of the years a close friendship will always reveal the shadow in the other as much as ourselves, to remain friends we must know the other and their difficulties and even their sins and encourage the best in them, not through critique but through addressing the better part of them, the leading creative edge of their incarnation, thus subtly discouraging what makes them smaller, less generous, less of themselves.”

The Bible is another resource that recommends the sharing of heartfelt words over PC language. The author suggests that close friends confess their sins to one another and encourage the withholding of judgment since we have all fallen short. Even more verses are aimed at lifting up our friend’s best attributes for God’s glory.

When I was a young teen, my dad loved to promote the best in us kids. He saw my charismatic stage presence and ability to perform illusions as a skill worthy of promoting. During our massive three week driving vacation, to see everything west of the Mississippi, my dad had us visit old friends who had moved away. Every visit was around a great meal, where dad nonchalantly introduced my skills of illusion for the purpose of entertaining his friends.

During that trip I made saltshakers stand on edge, bread rolls float in the air, wedding rings disappear and reappear, and spoons magically bend without anyone touching it. The entertainment value was high for all and I had a lot of fun. Not once did dad point out my faults or shortcomings.

We had a lot of fun during the days when my family was far from being politically correct. I remember a camping trip when we hit a skunk with the car. We had just comeback from a laundry mat with clean clothes in the trunk. Sharing our misery and the skunk’s scent seemed like a fun and humorous idea, so we drove around all of our friend’s campers before retiring for the night. We woke up the next morning and found a sign posted above our camper that read: “Stinky Hollow.”

Our friends and family were always able to laugh off our failures and promote our best attributes before the days of PC language. Today, few friends and family members are willing to risk comments or activities that might be perceived as politically incorrect, creating an atmosphere of hesitation, less sharing, and little revealing of who we really are.

Facebook tends to encourage the same shallowness. Rarely will someone present anything negative about themselves for fear that their next employer might read about it and decide not to hire them. And the positive posts are so pristine that no one can really live on the pedestals of half-truths that they seem to balance on.

Our freedom to speak our mind and reveal our true self was greatly altered by the introduction of PC language. Few people have the guts to buck the system in order to maintain their own personal freedom, especially once its no longer vogue to believe things that are not accepted by those in power.

These choices force us into thinly veiled friendships that are temporary and judgmental. We couch our words instead of boldly stating what we really believe. And, our careful words blind others from seeing our soul, our true self. The real person that we are is sidelined. People only see a manipulated PC projected version of us.

It’s no wonder that there is a growing desire deep inside each of us that longs to be known. We desire to be accepted in spite of our shortcomings. We want to be loved for who we really are, not who we appear to be on the surface. We are significant, but can only shine in a friendship when we let go of what those in power think is “right” and we live based on who we are and what we know is right.