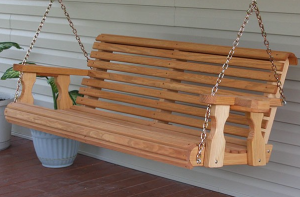 Discerning the difference between when a man in a conversation with a partner must only listen, versus offer obvious fixes is difficult, but no longer impossible. I found myself stuck in that no-win scenario all too often and frequently made the wrong choice. Not only did my great advice fall on deaf ears, but I also got to figuratively clean the doghouse more often than my study.

The only saving grace came from a wise old man who found my circumstances funny. Yes, he had a hearty laugh. The man suggested that my solution was found in my make up. He pointed out that my internal wiring wasn’t wrong; it just hadn’t been adjusted to the female language.

Put more simply, my wife (at the time) and I needed listening goals and something visual to trigger my new behavior. He made it clear that I was wired to be visual and therefore required a symbol to engage my new listening goals.

After trial and error, we found a solution that worked so remarkably well that I started to enjoy those difficult conversations because they actually were resolved in an emotionally healthy manner. And, we had the added bonus of finding new treasures of value deep within each other’s souls – Generating new respect for one another.

Thanks to the help from the wise man, I’m now able to say that every woman can share her feelings with her man, without him trying to fix them, by applying a visual reminder with three listening goals.

Here were our goals:

We chose the front porch swing as our visual listening place. Every time I sat on the swing, I was visually reminded that if my wife shared a feeling, it was the type that required focused listening and no fixes. After a few months, my new listening behavior had matured.

My wife also had a role to play. She was not to ever share a feeling that required my opinion or a suggested fix when sitting on the swing. Those items were to be discussed elsewhere.

Most of the conversations that took place on the swing were forms of frustration that my wife had to get off of her chest. As a new focused listener, I soon noticed that every point of frustration was like a red flag getting my attention to something important that was deep within her soul.

By listening closely, I was able to ask open-ended questions that allowed her to share more depth, which eventually led to the surfacing of the key issues buried within her heart. In that moment, I would see the real person, her true beliefs and everything that made her tick. It was like finding a huge treasure of great value.

The experience always humbled me as she opened up and revealed her heart. In retrospect, I realized how many lost opportunities to learn something precious had sipped away because I tried to fix things early in the conversation.

After a few months of practice I noticed that my wife had certain “tells” notifying me that she was sharing a feeling that wasn’t to be fixed, but intently listened to. I was soon able to attach my listening goals to her visual tells, so we were no longer limited to sharing deep feelings on the porch swing. If I ever started to waver, she was able to mention the swing and I would immediately heed the hint and listen carefully.

This communication technique doesn’t guarantee excellent conversations every time, as both people can short circuit the process out of anger, rather than seek understanding. In other words, these goals are a tool, not a magic genie.

The good news for men is that the listening goals were based on a visual symbol that turned my times of listening into valuable explorations of the soul. As for the woman’s benefits, it goes much deeper than being known, which in of itself is a wonderful experience.

What do you do to discern the differences between fixable and non-fixable conversations? I’d love to get your insights in the comment space below.