Knowledge Vs. Wisdom in Screenwriting 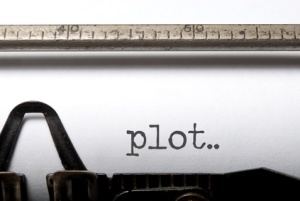 The audience is always amazed when a character displays wisdom, rather than just knowledge. In fact, when the main character just spews out knowledge, they become two dimensional and preachy – As seen in numerous faith-based films.

The key is to have the main character demonstrate, not preach the wisdom needed in life. This demonstration draws the audience into the story and inspires them to implement the character’s principles within their own life. To accomplish this ideal, the writer needs to understand the difference between knowledge and wisdom.

British broadcast journalist Miles Kington simply explained it when he said, “There is a difference between knowledge and wisdom. Knowledge is knowing that a tomato is a fruit, not a vegetable. Wisdom is knowing not to include it in a fruit salad.”

This topic was also discussed for decades using the perspective of book sense versus street sense. Everyone understands that learning about something and experiencing it first hand is very different. The thinking process alone and the conclusions drawn by those gaining knowledge or wisdom from a particular situation will generate significantly different outcomes depending upon his or her vantage point.

The same holds true for characters on the screen. This results in the audience buying into an argument from the character demonstrating gained wisdom versus discarding the information from a character who preaches the shared truth.

To demonstrate a character’s wisdom takes a substantial amount of time in crafting visual depictions on the screen that reveal the wisdom, while preaching characters can be written within minutes. Also, to demonstrate wisdom, it requires a director who can draw a performance out of an actor, rather than one who commands a specific performance.

Over the past few months I’ve consulted with a professional screenwriter in the Asia Pacific region for a major motion picture that will be first released in the east and then followed in the west. Since one of the media companies involved is a media ministry, the screenwriter chose to write several preaching scenes in act three.

While the knowledge expounded in the third act was accurate based on the media ministry’s beliefs, it killed the story. Thankfully, the decision-makers have agreed to a rewrite, which was a wonderful surprise – Yet, expected.

You see, the entire movie was about the main character gaining wisdom. In act one, she clearly lacks knowledge and by act two is manipulated into a poor lifestyle thanks to a dangling carrot of knowledge. But, the tables soon turn and she realizes the difference between wisdom and knowledge. By choice, she seeks wisdom and witnesses it’s impact on life, causing her to desire it all the more. But, instead of act three helping the audience to see the benefits of this newly acquired wisdom, she becomes a preacher that tells everyone knowledge.

Demonstrating wisdom causes the audience to desire a drink from the same cup that brought wisdom to bear in the first place. Knowledge is rarely accepted as a solution in any character’s life and most audiences discard it as not being proven or worth testing in his or her own life.

The key to inspiring an audience to greatness starts with a great character driven screenplay that demonstrates the wisdom gained, not the expounding of easily discarded knowledge. I find it ironic that faith-based screenwriters, who want to inspire their audience through the passing on of wisdom, choose to leave wisdom out of the stories and instead gives voice to the preaching of knowledge. Then again, it takes a significant commitment and some twenty revisions to write wisdom into screenplays and most faith-based screenwriters believe in going with one of his or her first three “God-inspired” drafts, for fear of losing the original message planted within his or her heart.

However, there is a difference between cultivating a planted message and killing it. The better the craftsman, the greater chance the message will rise to a place of understanding through demonstration to its audience. Therefore, faith-based screenwriters must learn to embrace rewrites, knowing that they will eventually get his or her writing up to the level that God actually intended. For without the demonstration, there is no reception of the message. And, even Jesus shared parables that demonstrated wisdom, rather than expounded knowledge.