GLEN CAMPBELL…I’LL BE ME — Review 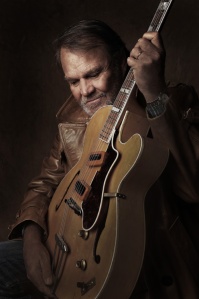 Seldom do I recommend a documentary, as most fall short of great entertainment value. However, after watching GLEN CAMPBELL…I’LL BE ME, I felt compelled to let everyone know that it’s a picture worth seeing – especially for Glen Campbell fans. (In theaters October 24, 2014.)

The documentary follows Campbell on his “Goodbye Tour” that was a part of his and his family’s way of combatting his Alzheimer’s disease. He was diagnosed in 2011 and chose to go public, making history as the first celebrity to share his experience with the world.

The intense drama and the love of fans rooting him on gave rise to joyful tears, as I watched Glen and his wife Kim demonstrate unwavering love and devotion to each other through the tour. Even the doctors were amazed by how well Glen performed in spite of his memory loss, as if music was a special gift entwined by God into the fabric of his soul. 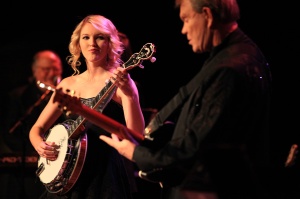 Other highlights included Glen’s daughter Ashley performing a feature piece with him and his kids Cal, Shannon and Ashley participating in the band. Heartfelt on-screen comments were also shared by Bruce Springsteen, Paul McCartney, Jay Leno, Vince Gill, Keith Urban, Brad Paisley, Steve Martin, and Taylor Swift among many others.

The film opens with rare vintage footage that reminds us of how humble, upbeat and happy of a man Glen was, especially on stage. With the tone set, the film openly shares struggles and celebrations Glen walked through during his tour, climaxing with his latest song, “I’m Not Gonna Miss You.”

Director and Producer, James Keach, is a graduate of Northwestern University and the Yale School of Drama. He appeared in over fifty feature films and has produced and directed theater in Chicago, New York, and Los Angeles.

James produced many films, but his recent favorite “Walk the Line” captured a nomination by the Producer’s Guild of America for Motion Picture Producer of the Year. Walk the Line also won a Golden Globe for Best Motion Picture and generated Reese Witherspoon’s Academy Award for Best Actress.

When asked, James shared his final thoughts about the project and his experience…

“Here was a man that was told to hang up his guitar, go home and enjoy what life he had left. But he wanted to sing, laugh, make love, play music and celebrate life until it was taken from him. Glen always had a joke on hand, and was the most brilliant, country boy I had ever met. He called his disease “part timers,” and he always maintained a strong sense of humor and spirit. Glen defied all odds and performed 151 shows over a two-year period. We shot over 1,300 hours of footage of the tour. There were ups and downs, but the highs far outweighed the lows. Glen was full of love and light, and even in the darkest times of his confusion, he always showed signs of his true self.

“This is the most important film I have made in my career. In witnessing the Campbell family’s journey, I learned so many life lessons. Glen has taught me to love, and to truly live in the moment.”

One thought on “GLEN CAMPBELL…I’LL BE ME — Review”