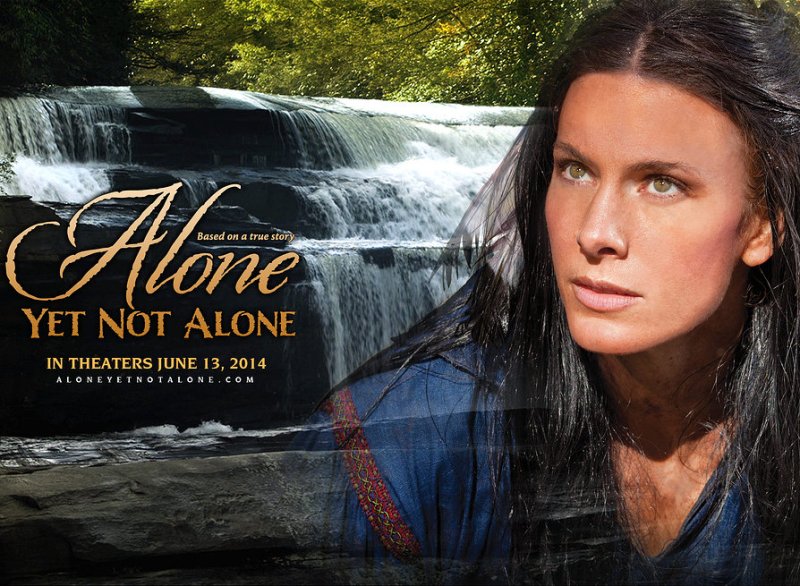 Over the past few weeks the movie Alone Yet Not Alone received an estimated $20MM worth of free national publicity based on its Oscar® controversy. The film was nominated for Best Song, but shortly after the announcement, it was rescinded. The controversy was magnified due to the film being of the faith-based genre.

It was the perfect set up for a David (Small Christian Film Company) and Goliath (Hollywood) battle, where audiences love to support the underdog. It was also the ideal setting for taking advantage of the high visibility by cashing in on new commercial opportunities.

Unfortunately, the filmmaker only cashed in on the song jumping into the top 100 iTunes downloads. In Billboard’s list of Hot Christian Songs, Alone Yet Not Alone reached #19 and in the subcategory of Christian Streaming Songs it rose to #7. This suggests it received a moderate success level with a limited audience in comparison to songs from major motion pictures. Disney’s Frozen soundtrack stayed #1 on Billboards 200 list for three weeks straight.

The real money for filmmakers is not in an ancillary product, even one that is worthy of a temporary Oscar® nomination. To fully take advantage of the free press, the filmmaker needed to immediately release the DVD and Blu-Ray with a national distributor during all the hype. Instead, the filmmaker decided to four-wall the theatrical rerelease this summer on June 13th, 3-4 months after the publicity is stone cold.

Filmmaker chat sites around the world buzzed with wonder about why the filmmaker didn’t immediately scrap the film’s rerelease and quickly manufacture thousands of DVDs and Blu-Rays to take advantage of the largest visibility that a film of its kind would ever see. They questioned why the filmmaker didn’t at least move up the limited rerelease to theaters into the free publicity window.

Speculation aside, the filmmaker plans to rerelease the film through Seatzy, a four-walling company that many independents use when their film is not picked up by a distributor or they think they can make more money going it alone. According to Seatzy at the time this article, the film was only guaranteed to show in nine theaters, which means its rerelease is just as small as its original release – although there are still several months of presales yet to unfold.

What surprised me is that independent filmmakers are typically more nimble than large studios, yet the filmmaker stayed his course. Historically studios are less flexible, but have rapidly released videos within two weeks when controversy hits. The only drawback for studios is that without preplanning they are only able to manufacture 150,000 videos per week and can’t keep up with the demand created by controversy.

Based on the filmmaker’s choices surrounding the free publicity, it looks like the investors who put up the $7MM budget will not see a return on their money. Internet buzz anticipates that the film will bring in less than $2MM after all markets are exploited. But again, this is speculation as the filmmaker’s P&A budget is unknown.

The lesson learned is having multiple marketing plans in place before a film is released. Plan B being implemented when a film develops controversy that produces millions in free publicity. Football coaches know exactly what to do in all situations of a game based on their preplanning and its time producers do the same to avoid squandering such and incredible gift of free press.