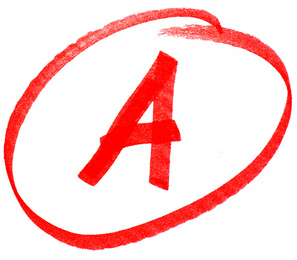 There is one key element needed to attach a great A-list actor to an independent film. It was proven to work more than 150 times in 2012 and continues to work when implemented. Its only drawback is that producers rarely demand it and writers rarely develop it. But, A-list actors search for it every time they look for a great role.

A-list actors search hundreds of scripts weekly looking for a story that introduces the lead character powerfully. Hundreds have stated that the powerful and creative introduction of their character is what sold them on the script. Others are sold on how their character ends the story or in some cases how his or her character comes to an end.

Agents and writers suggest that writing a strong opening scene for the lead character is like an advertisement that will grab the A-list actor’s attention. So the key question is how do you make a great lead character introduction and win the attention of an A-list actor?

There are four things a writer can do to create a great opening scene (In order of importance):

The best introduction is to start the scene already in progress with the lead character in a challenging situation.

The introduction of the Black Widow in The Avengers opens with her petite frame tied to a chair and surrounded by big bad guys wanting to hurt her during the interrogation. Once the audience is concerned about what superhero will come to her rescue, we learn that she doesn’t have time for the activities, so she breaks free and takes out every bad guy – Revealing that she is a superhero in her own right.

A visual action immediately pulls the audience into the story with a sense of curiosity and a desire to know what will follow.

In Shakespeare in Love, the theater owner, Phillip Henslowe, is introduced screaming. He is pinioned in a chair, with his feet stuck out over the coals of a fire burning in a brazier. The character proceeds to negotiate his survival and the opening of a new play with his adversary as a partner.

Create Dialog that Reveals the Character

Great dialog reveals the personality of the character, rather than explains what is happening in the scene.

In Pulp Fiction, the two leads chatter about meaningless things while they prep their weapons and fulfill a hit. Not only does the dialog reveal their personalities, but also it is clear they are long time assassins who can take someone out with little thought or effort.

The first draft of one screenplay took 2-3 pages to describe a rugged bar with moose heads hanging on the walls and other things that suggested it was a hangout for rednecks. The second draft reduced the description to, “The bar was a redneck’s heaven.”

A-list actors will be attracted to film projects where the script introduces the lead characters in a powerful way. These types of introductions immediately paint a visual picture in the mind of the actor, who naturally starts envisioning how he or she will play the role – They get hooked. All that is left to do is negotiate the contract.