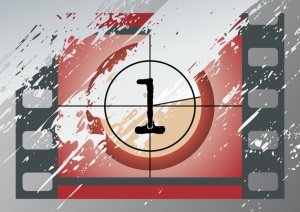 I’m often asked for book recommendations and other resources that cover various techniques someone desires to learn. My answer is typically non-specific, as I’ve learned most of my information from pros in the industry. However, I do take time to read books and magazines written by friends and other industry leaders who are known for specific information.

For instance, I’ve had a couple opportunities to work with Dr. Linda Segar who has great insights concerning character development, hero based story structure, and translating a book to the screen. Each of her books has a handful of nuggets that have stayed with me over the years. She also consults for those who like to pick the brains of brilliant people. I believe her biggest selling book is Making A Good Script Great.

Several books from my library on story and screenwriting that have become dog-eared from certain chapters being reread include:

There are a lot of other great books published by Lone Eagle, Focal Press, Michael Wiese Productions and Penguin Books, to name just a few.

My latest reads and rereads include:

I mix up my reading between books on business, story, creativity, screenwriting, directing, filmmaking, biographies and fiction. I made a commitment to read a minimum of 12 books a year since I joined the entertainment industry. However, that number changed once I learned that a person can become an expert in a few short years by reading every book and article they can find on a given subject. I now read the equivalent of two books a month on average, taking into consideration interview transcripts and trade articles covering industry pros.

Of course, there is one new book coming out in July that is a must read…

Notes from the Napkin: A Director’s Cut on Filmmaking by CJ Powers

Okay, so a little self-promotion isn’t too bad, right?

My new book includes some of the most read articles from CJ’s Corner and other chapters based on questions new and independent filmmakers have asked me or that I’ve asked of the Hollywood pros. Since a lot of my most used knowledge came from 2-5 minutes spent with people like Ron Howard, Christopher Nolan, Wally Pfister and Ken Burns, I thought passing on my notes from the “napkins” I’ve collected over the years would be of help to the reader.

There are film techniques still done the same way as it’s been done since the early 1900’s and other techniques that are developed every year. To stay on top of this information there are numerous trade publications and websites available for gleaning this information. The lists below are just a smattering of what is available.

One thought on “Filmmaking Resources”