6 Steps to Avoid Shelving A Script

With the year in full swing, screenwriters are typing at a maddening pace to create their greatest story to date. Their compulsion and passion will drive them to create yet another story that will sit on the shelf – An unread masterpiece that doesn’t fit any need of the 1,000 cable networks that are desperate for good stories. 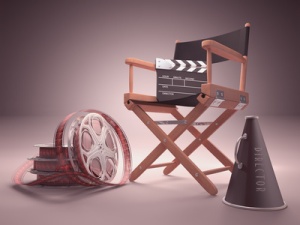 I heard that last year over 10,000 scripts were considered in Hollywood for the silver screen, but less than 400 were given a green light to be made into motion pictures. Add to that the numerous scripts written for cable and syndicated stations that didn’t get produced and you start to wonder why screenwriters tend to write complete scripts to shop around instead of pitching a quality treatment.

Disney is known for approving films based on a three-page treatment, handful of storyboards and an art board or two that captures the essence of the film’s style. The sheer passion of the writer’s pitch coupled with the above materials is sufficient to solidify the idea and move the discussion into a development deal.

So why do screenwriters continue to crank out 120 pages that won’t be read?

Here are 6 steps to avoid shelving a script:

STEP 1: Write a three-page treatment that captures the thrill of the story. Write it like an around the campfire cliffhanger grabbing the attention of fellow campers.

STEP 2: The beginning of the story should captivate the audience with the energy catapulting them into the middle of the story. This requires a high concept idea launched with a “wow” factor opening.

STEP 3: Create a main character that every name actor in the business wants to play and put him on a journey that brings about positive change in his life.

STEP 4: Practice pitching your story to friends. Make sure it grabs and keeps their attention. Bring them to the edge of their seats as you move your story to its climax. Then give them a pleasant resolve that allows them to breath again.

STEP 5: Rewrite your treatment based on the elements that worked and quickly toss the segments that went flat. If you can’t tell the story with excitement, it won’t read well for the studio executives.

STEP 6: Pitch the story to the right network. If your story is about men playing poker, it wouldn’t be wise to pitch it to the Lifetime network, as they look for heartfelt stories with strong female leads. Nor would an intense dramatic thriller be appropriate for Nickelodeon.

While treatments are great for moving your discussion toward development, you will eventually have to write the screenplay. Some professionals keep at least one screenplay in the works on a quarterly basis and have at least one treatment being tweaked weekly.

Every writer must find his or her own pattern and take time to manage the business side of selling the script. Few agents today find work for their clients, forcing the writer to own the outcome of their own business.

2 thoughts on “6 Steps to Avoid Shelving A Script”