I’m always fascinated to sit with fans when reviewing a movie. They can give me the core elements that are missing or clarify what’s on target. The fan I sat next to was more impressed with the book than the movie. The heartfelt details were left out in order to build the film into an event with a battle scene that would draw a larger audience. 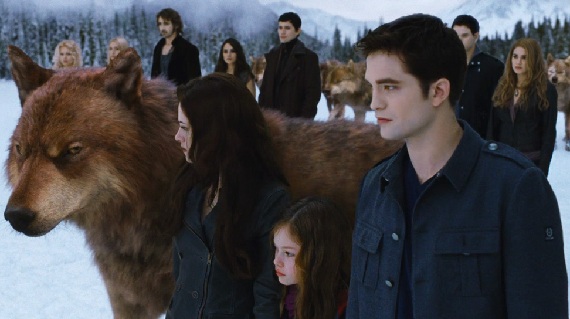 The idea of going more universal in its appeal was successful, as the theater was filled with a lot of men and people over 35 years of age. The Hollywood reporter announced that 21% of the audience was male, which was significantly higher than previous installments of The Twilight Saga. This drove the box office to exceed $140MM its opening weekend.

The franchise came a long way in four films. The first seemed to be put together with duct tape, bad acting and production values that barely rivals a vlog. Thanks to the millions of screaming teen and tween girls that watched it, the box office dollars suggested that the franchise needed to step up and become an event film. After practicing with the next two films, the team was able to get it right for its finale.

That is not to say everyone should run out and see the film, especially if you don’t like watching numerous decapitations by vampires ripping heads off of people. I’m merely suggesting that the production company finally put some of its box office dollars onto the screen, raising it to an “A” level film experience.

The film is still aimed at teen girls, although I’m a bit disturbed that parents would allow their young girls to watch such gruesome battle scenes. The good news of course, not that its really good news, is that there is no bloodshed in the movie since all of the warriors are already dead. When a head is torn off of a body, it just disables them until they can be burned alive. 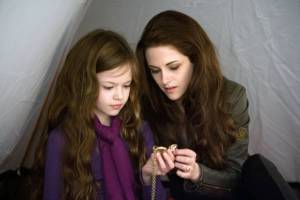 What ever happened to the trend of teens and tweens watching princess stories? When did our society shift to girls watching vampire decapitations in The Twilight Saga, and kids killing kids in The Hunger Games? Have parents fallen asleep or are there no wholesome and moral filmmakers left to make uplifting stories that edify?

I don’t recommend this film for anyone. There is too many decapitations for kids to watch and too little of the thinned out, cutesy story for adults to watch. Yet, it was entertaining for those who have never scene wolves and vampires duke it out, not to mention the vampire child who grows to full maturity in seven years. Hmm, I wonder how she’ll turn out since her mother was more of a warrior than the nurturing type.

If I were you, I’d save my money unless you are a die-hard fan needing a fix. Then again, true fans prefer the book. For the rest, I’d save my money for the release of The Hobbit and Les Mis – Both will be strong Oscar® contenders.