Our Self-Evident Right to an Opinion

This week Chick-fil-A was bombarded by the media, mayors and GLAAD members. The controversy started with Dan Cathy stating that he supported the traditional marriage. The media immediately turned the statement around and promoted that Chick-fil-A was opposed to gay marriage. Since those original statements, both sides of the political issue have made far more detailed statements – Taking clear sides on the issue. 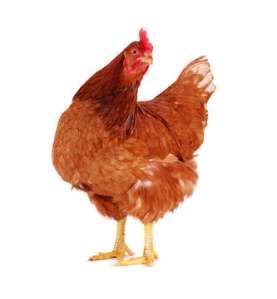 The thing I find fascinating about this event was the amount of people taking a stand concerning the topic. I also found that the emotionally charged words being shared by both sides gave little room for anyone listening to the other’s opinion. But one thing was certain from my perspective, those who are in social power today, determine what is politically correct tomorrow.

Now more than any time in history, the one who controls the media platform of choice and its content, controls our society’s future direction. While the media itself is a neutral tool, it is a platform used to express the views of the content producer, including their perspective on what is right and wrong.

In today’s society, when few are willing to go against the politically correct views of the day, the things that are right and wrong become relative. Historically, relativism led to the demise of several great societies and cultures. It is something that can only be stopped by society trusting in the absolutes of truth. And, truth can only be accepted when presented for consideration to each individual living within the society, whether through one-on-one conversation or through the media.

So, where do we start?

I’d suggest we help others understand the simple truth that they have the self-evident, God-given right to voice their opinion on what is right and wrong. This innate right was a free gift to them when God chose to make us in his image. Since he has the right to share anything he wants with us, we have the same right to reciprocate with him and share with those around us. This right is ours regardless of who dominates the media.

My grandmother shared stories with me from when she was living in the 50’s. She said it was common to have neighbors passionately discuss politics over the backyard fence. When both the Democrat and the Republican had their say, both people understood the other more and were able to respect the words shared. Rarely did anyone’s opinion change, but they were both able to share their views. They also walked away with an attitude of respect for each other, which allowed them the opportunity to do it again on the next day.

Respecting someone’s viewpoint, while not agreeing with it, is one of the greatest acts of love gifted to mankind. This form of compassion can help us demonstrate respect to those we disagree with. It can also help us understand those who are hurting or emotionally wounded from a political issue.

It’s my opinion that everyone has the right to share what is on his or her heart. Unfortunately, society is not always a safe place for sharing. I hope there are people across America who have let go of judgment and replaced it with respect, so they can carefully understand those who are hurting and need encouragement.

And, sharing an opinion in a respectful manner might allow more people to consider our position on issues. But, regardless of the diplomacy or the politically correctness of an idea, no one should tamper with our freedom of speech. We must hold onto this freedom for all, even those who disagree with us.

4 thoughts on “Our Self-Evident Right to an Opinion”