Seldom do I find myself in a fancy enough restaurant where every course is paired with the proper wine to heighten the food’s flavor, let alone sharing great conversation with those in the industry. But last night was just that kind of a night and I must add that executive Chef Jean-Louis Clerc, who specializes in French and international foods made the most incredible duck I’ve tasted in years.

Dean Richards, known for his movie and entertainment reviews at WGN, joined me in giving the chef an A+ rating. The flavors were so perfect that it was easy for Dean to let his Oscar picks slip prior to his official announcement during his Sunday Morning show this past weekend.

Dean and I were mostly in agreement with the amount of politics that play a role in the Oscar voting process, but we did differ on a handful of choices. Unfortunately, that doesn’t bode well for me since he is running at an annual accuracy rate of 97% with his Oscar picks.

Dean is thinking that “The Artist” will win best picture, but I’m holding out for “The Help”, which made me feel for those discriminated against and put laughter in my soul in the process. When it comes to best actor, we agreed on George Clooney, even though we both would prefer to see the Oscar given to Jean Dujardin for his portrayal in “The Artist,” as his acting was phenomenal since he had no dialog to work with.

Best Supporting Actor was a no-brainer with Christopher Plummer’s performance in “Beginners.” We were in agreement with Best Actress going to Viola Davis, although Meryl Streep certainly deserves the win. We both felt like the Best Supporting Actress would go to Octavia Spencer. Beyond that, our tastes diversified and I found hearing about his life experiences with numerous stars far more fascinating than our varied tastes in film. 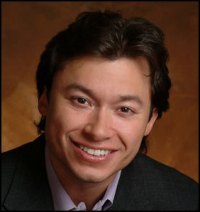 Producer and actor John Digles added greatly to the evening. We both were raised in cop families and found our passions for filmmaking to be similar enough to exchange contact info. John just released his PBS documentary “The 95th“ on Hulu and is hoping it gets strong viewership. When I asked him about selling it to the History channel, he pointed out that it was more artistic and personal than what they prefer, as he had spent three years getting to know the veterans he filmed.

During one scene he follows a WWII sniper to France were he walks the steps he took during the war and based on the angle of a particular steeple, finds the exact place he took a bullet and prayed to survive. In that very moment of filming the documentary with the vet’s first return to the site, the sniper was finally able to get past the shock and fear he had experienced in the war that haunted him. His countenance changed.

John’s latest film is “Design”, which he produced and starred in.  He just returned from the Sundance film festival where he networked and negotiated several deals. This daunting task came a bit easier for John as he is an expert on marketing to Millennials using transmedia storytelling, the latest in effective techniques.

The night ended with me determined to watch Dean Richards on the WGN Morning News and John Digles’ documentary on Hulu. Not to mention my determination to return to the Waterleaf restaurant for more international cuisine.