Why are Men Superficial? 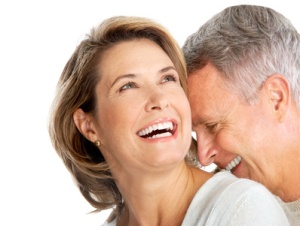 One email I received this past weekend was from a woman wanting to know, “Why does it seem that men are superficial?”

Her question was in context of older men going after younger women. She thought there might be a major generational issue or barrier. If you read between the lines, she might have been wrestling with the issue of younger women stealing the men from her generation, leaving her far less prospects. Her actual concern was for those men going after women their children’s age and having to raise another family.

Having talked with numerous men on these topics, I feel that I can answer her questions without hesitation. First, the majority of men I know aren’t superficial. I’ve had conversations with men that have gone far deeper than I’ve had with some women. That’s not to say that women can’t hold their own with an in depth conversation, but men seem to have more guts to go deeper with certain topics.

Second, men are typically visual communicators, not verbal ones. When a woman assumes that a man is superficial, she is merely revealing her preference for verbal communication and her lack of understanding of the man’s visual language. If she were to study his visuals, she would quickly learn how specific and concise his communication is.

Of course, I must take a moment to point out that I’m writing in generalities, which will only hold true 80% of the time. Not to mention that some men communicate visually out of their subconscious thoughts and may not hold a complete understanding if forced to verbalize what comes natural for him visually. Although, they would eventually be able to translate the message, but it might take a few days, or more effort than the man might care to give to the situation.

Third, going after younger women is not about men being superficial, but rather about too many women giving up in life and settling down in their “old age,” while the men are looking for adventure, activity and fun.

I went on a date not too long ago with a woman who told me that she wanted to cut the date short so she could go to bed – It was at least two hours before the nightly news. When I asked her what types of activities she enjoyed like travel, biking, tennis, golf, dancing, club hopping, and so on, she responded, “Reading in my rocking chair, knitting on my sofa, and napping in my hammock.” She sounded way too old for me.

Men don’t want to call life quits until after they run out of energy. They are fighters that have a passion for fun and adventure. And, they want someone beautiful to share the adventure with. They don’t want a relic that is set in her ways and not flexible enough to have fun.

Remember those high school days when guys and girls worked the carwash fundraiser and everyone was flirting with each other? If a woman has gotten too “old” to flirt, have fun, or get wet at a carwash fundraiser, then the man will look for someone younger filled with life.

It’s not until after he’s got both hands on the walker that he stops attempting to tickle her. In fact, I know one guy so good at using his cane that he keeps his pinching hand available for the next spunky woman who shuffles past him and the retirement center.

Let’s not forget about the cougars out there – The older women stealing away the younger guys. These are women who figured out the visual language and are communicating very well with their young men. And, you’ll never catch a cougar trying to stay dry at a carwash fundraiser or chose a sedentary activity over an active lifestyle.

So, if an older woman wants and older man, they had both better be active or sedentary, because life is too precious not to live it fully until the day we have to stop. After all, the older “players” and “cougars” I know are just fun loving people looking to have a great time exploring life with an intimate friend.

3 thoughts on “Why are Men Superficial?”