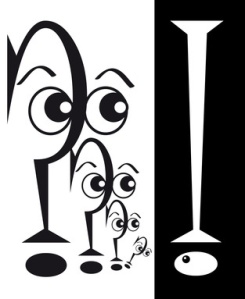 My younger daughter and I were recently talking about the interview she shot with George Barna for a new film by Wanderlust Productions (Finger of God). Barna is the leading religion statistics expert in our nation and his new book Futurecast tracks changes in religion from 1991 to 2011.

When looking at the Evangelical Christian information, all statistics or lines of data are trending downward except for two: 1. More people claim they have accepted Jesus as their savior and expect to go to heaven; and, 2. More people say they haven’t been to church in the last six months.

According to the stats I read, churches are quickly becoming irrelevant. I talked with one pastor from Missouri (in the bible belt) to get his take on the matter and he said, “Well, CJ, we can’t get anyone under the age of forty to stay for more than one visit because we have become irrelevant.” When I asked him why he doesn’t change things he responded, “I’m sorry to say it, but the older ladies who fund our church like everything the exact same way we do it, which is a turn off to the next generation.”

Our conversation continued as the pastor shed tears about the lost folks around town not being drawn to God because the church is no longer reaching the lost, but rather satisfying the older ladies who hate change. He told me straight out, “This church will eventually die and close down after enough of our older ladies go home to meet the Lord.”

I know of a couple of small Christian television networks that have also become irrelevant to their markets. They are both struggling to survive and will be closing their doors in the not too distant future, as their donors die off. There are several radio stations that continue to play their golden oldies and numerous ministries still doing what worked back when their leaders were kids, rather than changing with the societal tides.

The news isn’t all bad, as some churches are reaching out to the next generation with relevant information, processes, and relationship opportunities. My older daughter’s last church, before she moved, was on the cutting edge of outreach programs. They were doing things that only someone like Jesus might do – Dining with sinners or sponsoring healthy secular events.

The day and age of large churches growing larger because someone invited another person to a program is waning. Today, church growth is built from service projects, relationship building activities and affinity events. Unfortunately, I know few churches that have shifted to match these recent societal changes. It’s no longer about the cool large church and bringing people in, but rather about the people and bringing them good news.

“Unsaved” people have watched us during every short-term mission project that I’ve been on. They have always been amazed at the crazy Americans who gave up their vacation time and paid to come overseas to build church additions or man clinics. They watched us work 12-hour days and then reach out to neighborhoods with food and other helpful programs. But, when all was said and done, I saw those same people enter the church that Sunday morning to find out what made us different. They wanted to understand the unique love that we operated from.

People are going to believe anything they want until someone demonstrates in front of them the sincerity of God’s love, who he is, and how he wants us to live.

The programs or the architecture doesn’t draw them. Nor do the affirming words preached from the platform. It is only the love shared with each other that attracts those watching from a distance. The type of love that allows me to hug the guy I used to despise. It is the type of love that doesn’t end when our affinities or desires change. It is the steadfast love that is the same yesterday, today and tomorrow.

Unconditional love that never ends always draws people, especially when they realize that same love is not judgmental. It is the one thing that is always relevant. So, it begs the question… Why aren’t the churches packed? With all their programs, did those attending regularly forget to love one another?

“By this everyone will know that you are my disciples, if you love one another.”
John 13:35