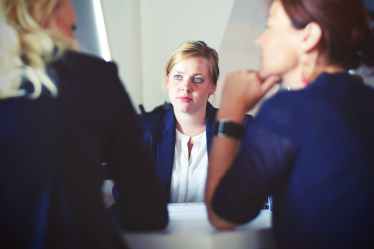 Photo by Tim Gouw on Pexels.com

I’ve been pulled into a few conversations on career changes and have learned that the average person changes careers 5-7 times in their working life. This number didn’t shock me as much as our new national average of people changing jobs every 12 months.

Since the average person takes 3-6 months to come up to speed on their newest job, you’d think that companies would want to keep them in that position longer than a year. After all, training costs and mistakes due to the learning curve are substantial.

One person suggested that our culture of self-care is driving the latest turnover. He suggested that people who stay at one job too long lose track of reality. They tend to only see life from the corporate perspective and rarely get a glimpse of what is happening in the real world—outside of what TV tells them. To stay alert and keep their job interesting, people are jumping more often with the hopes that they can grow in value.

There is also the fun associated with something new. I love to learn, and being in a new position would activate me to learn all that I can. The longer a person stays in one position, the more mechanical their job becomes. Not too many people want to be in a job that they can do in their sleep. If they do, they have probably dropped to a lifestyle of going through the motions and not being present in the moment—boring.

I’m all for a person strategically shifting their career a few times to broaden their knowledge and improve their skill levels. However, if they want their future company to see them as a benefit, they have to stay at each job long enough to develop their craft to the level of mastery.

I met one woman who worked for Dreamworks, Disney, Paramount, Warner Brothers, and Columbia. I met a man who worked for Pixar. It turns out that the woman had a great understanding of the industry and each company’s approach to market changes. The man, on the other hand, had developed his craft beyond that of most people in the industry.

I tried to determine which route would benefit their next job most. I concluded that the next position’s requirements would dictate which of the two would be best for the position—depending on the new company’s needs at the time. In other words, neither choice would consistently be a good choice.

Back when Walt Disney had to deal with the new rising animation union, he felt shredded by members of his staff who went on strike. It was a personal issue that changed his creative family business into a manufacturing machine. The wages and employee benefits went up, while loyalty to Disney hit an all-time low.

It took years of flops to rebuild loyalty and have employees take pride in their work. Today, Disney is a company that most people long to work for regardless of its wages and benefits.

Maybe that’s why there is a new movement among midsized companies to be slow to hire and quick to fire.

The next time I’m in a position to hire someone, I’ll follow the following three steps:

Whether you’re a hiring manager or looking for your next beneficial position, consider what added value you’ve gained from your current job. Then consider what company can improve by taking advantage of picking you up. Next, decide how to position yourself for a raise or a job change.