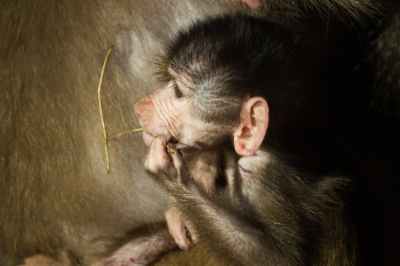 Photo by Skitterphoto on Pexels.com

I reviewed several hundred movie posters yesterday to remember which movies stirred something within me. I wanted to create a list of 20 films and then study the movies to learn what the directors had done to capture my heart with their story.

However, flipping through the pictures not only reignited those past feelings, but it also sparked my imagination with ideas worth keeping for future innovations. The experience also gave me the idea to share those steps with you. They are simple enough that a monkey can do it—sort of.

Did you know that track lighting was invented as a result of a monkey picture?

Back in the early 1960s, the designer who came up with the idea for track lighting while working at Lightolier, was browsing through a National Geographic magazine and spotted a picture of a monkey. He allowed the visual stimulus of the incredible photograph to play around in his head. He imagined the monkey running around inside a house moving lights to where ever it was needed. That imagery of moveable lighting led to the invention of track lighting.

We can use the same techniques to spark our imagination in four steps.

Scanning through images in newspapers, magazines, and online is an easy way to spark an emotion. When you find a few that grab your attention or interest, set them to the side for the next step. I like to skim through Pinterest and then capture the images that stir me into one of my boards.

Pull out a piece of paper or open a WORD document and write out good descriptions of the image. You can write in prose or bullet points. Try to use strong verbs to describe as much as you can as it relates to why you were stirred by the image. Make a good selection of your words to clarify the action within the image and the feelings it exudes.

Review the problem or challenge at work that you are facing. Glance through the pictures and descriptions you’ve written. Then force yourself to find any correlations that are possible. It’s okay to stretch yourself in this step. The key is to not ever limit your connections with made up rules in your head.

Make a list of possible considerations based on the correlations you’ve discovered. Play with the ideas in your head, expanding them creatively to things you would not normally consider. Then determine the top three ideas worth looking into for its business potential.

Whenever I run through this process I always gain insights that are useful. The connections are many times abstract, but they are present and become fuel for my imagination, driving my next steps of innovation.

As I finished looking through the movie posters, I suddenly realized that all the posters I selected were about a specific story concept. The protagonist decided to be himself regardless of the system demands placed on him and when he got to the end of his rope with failure imminent, his friends stepped in and empowered his success.

I hope this article empowers the success of your next innovation.

Just in case you wanted to be a blessing today…