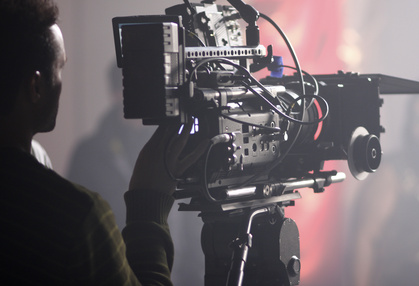 I recently coached a young filmmaker who wrote a short story that demonstrated a significant amount of confidence in his work. The artistic choices were bold and he didn’t allow any inexperience to slow his approach. The script was resolute in his desire to thrill the audience. The boldness of the character alone was enough to capture the audience’s attention as he struggled to discover what had happened to him.

This confidence in one’s art comes from practice and exploration. There is no other teacher that can raise the tone necessary for the proper development of a story. An internal boldness must surface in order to birth a vision of magnitude.

“The more you practice, learn, and make discoveries, the more confident you will be!” —Tim Delaney, Concept Development

Confidence is not the sole key to successfully developing a story. All creations need to take on a life of its own and transform throughout, as the plot points are ticked off, heading diligently toward the climax.

However, the backbone of any good story rises from the creator’s viewpoint and must stay intact, yet flexible. In this case, the filmmaker chose to shoot a short film in order to entice investors or distributors to bring a feature version of his story to the silver screen. He purposely left out the ending of the short story to enhance the audience’s desire to see the feature to find out how things end.

While raising a central, unanswered question certainly seeds a desire for more, it doesn’t prove that the filmmaker knows how to tell a complete story. If I were investing, I’d watch his short film and realize that he has a beginning, middle, and no ending. I’d feel ripped off and wonder if the feature will also leave the audience hanging or unsatisfied.

His choice isn’t uncommon. There is a trend in filmmakers leaving short films open ended. While it’s unsettling to the audience, it shifts the focus from the director’s ability to tell a story to his ability to make something look and feel cool. Many young filmmakers are more interested in the look and feel of a project than in giving the audience a resolving end to the story.

Unfortunately, films with only a beginning and middle do poorly at the box office. Even short films with solid endings outperform “impact films” 10 to 1. One reason is that a person won’t tell others about a film that doesn’t resolve. Very few will watch the film a second time because the impact is only good at the first viewing. All subsequent viewings require a satisfying ending.

The film or the creation must be crafted with skill and confidence to be effective, but it also must have an ending to elicit ticket sales. Otherwise, the audience will be much smaller and the film seldom watched more than once.