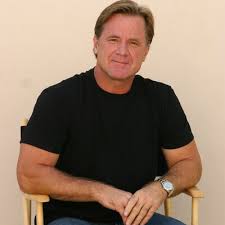 Producer Mark W. Koch (Lost in Space, The Perfect Game) is a powerhouse, Type-A personality that is constantly ON. He was born in Detroit and raised as an atypical midwesterner who went on to set HBO’s all-time February record with his premiere of Judicial Consent. He also produced the Patrick Swayze hit, Black Dog, which made the box office’s elusive top ten list.

Four months before the release of Lost in Space, Mark’s personal life changed course due to a spiritual encounter. When I met him a couple weeks ago, he was more interested in talking about his new book The First Hour for Men than about his latest film project. The 30-day study guide is aimed at men who want to give God an opportunity to fulfill His dream in their life.

Some saw this change in Mark’s direction surface after he accepted Mel Gibson’s challenge to help market The Passion of the Christ. Picking up the gauntlet, Mark’s company helped develop a promotional network of 50 non-profit organizations including CBN, TBN, and Promise Keepers. This led to a record-breaking opening for what is now the highest grossing Christian film in history. 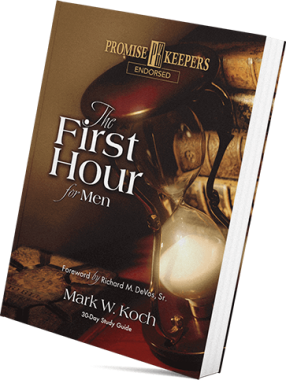 With cinema still pumping through his veins, Mark continued to develop A-list films, but now from a morally responsible position. To maintain his moral stance and to help others do the same, he shared his morning rituals in his book. Mark starts off each morning with 30 minutes in prayer, 30 minutes of Bible reading, and a minimum of 15 minutes of physical workout.

When he gets home, his evening rituals include a minimum of 30 minutes with his kids and one hour with his wife. Regardless of how packed his day is hustling in the Hollywood system, Mark makes sure that his minimum times on all that is important to him are met.

As our conversation came to an end, it was clear that Mark firmly believes America can be restored in strength, power, and morals, one man at a time.