Dialog must be Relational

Conversation is about Relationship, Not Information. 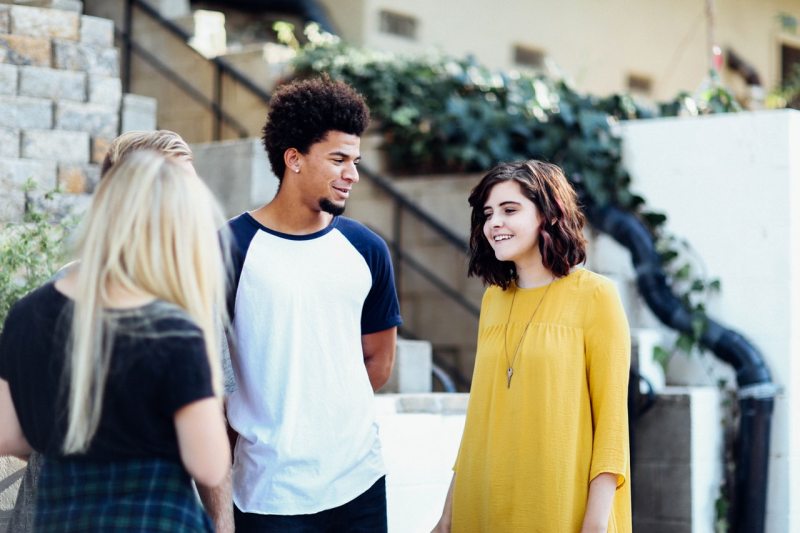 There are talkers and there are listeners that will hopefully never meet. They’re missing the chief cornerstone of relationship when only focused on half of the equation. Talking and listening actively is relationship.

Talkers can never learn or be satisfied until they listen equally as well. The listeners will bust at the seams until they share the valuable information stored within their heart. Communication is the only relational tool that unites the human race and forms culture.

During one film shoot, I directed a group of actors who were very different from their characters. The joy on set was high, as the talent played with roles that stretched their imagination beyond the stereotypical. After great contemplation they delivered heartfelt performances that opened our eyes to new perspectives.

One woman, who was an intellectual, played a ditzy blonde type that had a heart for kids. Her research brought the perception that “ditzy” was based on circumstances of how the person addressed the unknown. Curtailing the stereotype, she resisted playing the person that when jolted by a comment would say the first words that came to her.

She entered the scene as a brunette who led with undefined empathy, which became clear by the end of the scene. The actor’s choice gave the feeling of “ditzy,” but without showing a lack of intelligence. This resulted in the character coming across as empathetic and what I called squishy-warmhearted.

This empathetic quality came out because of the conversation between her and another leader. The dialog revealed the heart of both people and their relationship. It was more than just an exchange of information. The expressions of each character’s souls were on the line, demonstrating their courage in conversing.

Ursula K. Le Guin in her essay titled “Telling is Listening” published in The Wave in the Mind: Talks and Essays on the Writer, the Reader, and the Imagination, shared the following complexities of human communication:

“In most cases of people actually talking to one another, human communication cannot be reduced to information. The message not only involves, it is, a relationship between speaker and hearer. The medium in which the message is embedded is immensely complex, infinitely more than a code: it is a language, a function of a society, a culture, in which the language, the speaker, and the hearer are all embedded.”

The film was powerful because each character did more than communicate information. Their expressions and backstory came through in how they presented each comment. Even their reaction shots revealed how they were impacted through the courageous interchange.

The audience was mesmerized and fascinated by the dialog, not because it was written well, but because of how it was crafted using the embedded elements of each character within the exchange. The dialog was far more than words or information. It was real in everyway.

I made an interesting note the night after the shoot that read, “Dialog is about relationship, not information.” Whether a discussion occurs in real life or on screen, it is only of value if it develops the relationship. Talkers who talk without listening and listeners who listen without sharing are not interesting because they are only focused on themselves.