Lunch with a True Hero 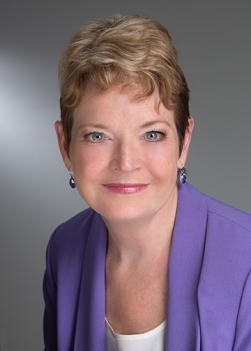 A series of connections fell like dominos over the past two weeks that culminated in me being at lunch with two brilliant women: a ghostwriter (who will remain anonymous—I hope the irony isn’t lost on you); and, a true American hero.

Colonel Jill Morgenthaler U.S. Army (Ret.) shared several life stories with me from her father’s spy activities when she was a small child, to her being in the first wave of women entering the army (83 women on base with 50,000 men), to her facedown with Saddam Hussein. The battles she fought and the ones she disarmed were amazing to hear.

One of her many great stories took place when she was a Captain. The lanterns hanging over her strategic planning table flickered as the night breeze rattled across her tent. The sun over Bosnia had set and the temperature was dropping. Jill had little time to plan the strategy for the next day’s convoy before they’d have to adjust for the twenty-degree dip in temperature that hit every night.

Blocks representing each vehicle were meticulously placed on the map. The best path took the convoy through the village of angry people that hit the United Nations personnel earlier in the day. Few survived unscathed, giving her great pause when considering their tactics. The one difference between the U.N.’s team and Jill’s—her team was trained in lethal force.

But leadership is never that simple. Jill was under orders to avoid firing on civilians. Oh, they held the right to protect themselves using deadly force, if necessary. But the time consumption related to the myriad of paperwork that follows, forces all good leaders to avoid the easy way out and instead to focus solely on their charge. Jill was responsible and determined to avoid harm coming to her soldiers, the interpreters and reporters in the convoy, and also, to the civilians who might attack.

The next day, members of the convoy were jittery as the team loaded up the vehicles. None of them wanted to get beaten up by an angry mob, nor did they want to break orders by killing civilians. Jill found herself in one of those moments that required her, as the leader, to demonstrate what courage looked like to the people in her convoy.

The dangers were self-explanatory based on the attack the day before, but she reiterated the danger in a calm, factual manner, followed by sharing their plotted out tactics from the night before. When she saw confidence rise in the eyes of the press, she emphasized that the team would leave no one behind. Fear was replaced with patriotism on the faces of those in her care. She had a mission to achieve and it was time to set out and accomplish it.

Clouds spun in the air from the tires as they crossed the dusty terrain. The village seemed quaint, but its history of bloodshed squelched any comforting thoughts of pleasant villagers. The armed convoy moved swiftly through the streets with purpose, not wanting to give the surprised villagers a leg up on the situation.

After spotting the convoy, one villager raised a big rock above his head and ran at Jill. He made a slashing throat sign signaling others to lift their sticks and boards into the air and charge the convoy. She looked directly into the eyes of the man running at her and blew him a kiss. He stopped dead in his tracks. He lowered his rock with a stunned look on his face. His entourage also froze in their tracks, dropping their weapons.

The convoy made it rapidly and safely through the village without incident. Jill’s strategy had worked and her tactics were effective. No one from either side had been injured.

Who she was, what she knew and what she choose to do made a substantial difference in the outcome of that day’s events. The courage she called upon to properly execute her tactical plan also made a difference to the Americans in her care.

I was taken aback by how her simple gesture executed at the precise moment changed the course of history. Her use of courage coupled with her personality-enriched choice was sufficient for the day’s success.