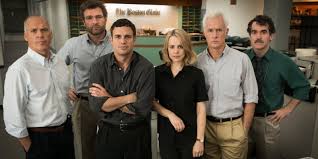 Here are the two categories of screenplay nominations. I’ve included the links for your reading pleasure.

The Big Short
Adaptation by Adam McKay, rewriting Charles Randolph
Based on The Big Short by Michael Lewis

Brooklyn
By Nick Hornby
Adapted from the novel by Colm Toibin