4 Ways of Coping with Culture Shock

Here is a recent article I wrote for an India newspaper. 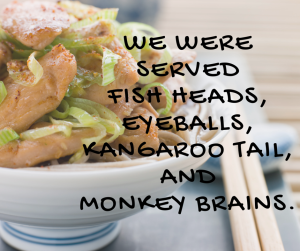 Travel was a large part of my career for several years. Business took me to 26 countries with many repeat trips. My lifestyle was in contrast to those I worked with overseas, but thanks to English being embraced by many cultures as a second language, I was able to function well among those that I served.

When I was a consultant for a global food company, I had a back office fulfilling my follow up work for the client. My skills were put to use in strategic endeavors and the back office team, which was located in India, handled the tactical work. We developed processes that simplified the cultural gaps and encouraged weekly conference calls to verify workloads.

It didn’t matter if I was in another country or I was working with teammates that lived outside of the United States, all situations required someone to bend their culture to meet the needs of the other. Seldom did both parties meet in the middle. The majority of the time the person in a weaker position or the person from a more passive culture adapted to the other’s philosophy.

Since that time I’ve had several associates move from India to America. They feel a little overwhelmed by the assertive people that now surround them and try to avoid those who are more aggressive. A couple of them even tried to become more bold to fit in with the strong Chicago culture, but they quickly back off when confronted.

Culture shock tends to show up when a person moves between cultures. Signs of this experience present itself in the form of sleepiness, depression, apathy, compulsive eating, negative stereotyping of nationals, and a lowered immune system.

Every traveler can overcome culture shock symptoms by focusing on four coping mechanisms.

These four proactive steps empower a person to accept their new circumstances and take positive control of their life. The stability can calm our feelings and give us hope in a greater future than before we traveled.

I’ll never forget traveling to Shenzhen, China. The first night was filled with loneliness and the unknown. I was in a hotel that served familiar meals, but the moment I left the building for a walk, I found myself in a very different culture.

Walking to the right a few blocks took me into the rundown streets where the locals lived. Walking to the left from the hotel placed me in an area that was being set up for a great festival to celebrate traveling dignitaries. The contrast within a few blocks made me feel uneasy.

On another night, our team from America shared a dinner with our counterparts that were local to the area. The meal was not familiar and made me lose my appetite. We were served fish heads, eyeballs, kangaroo tail, and monkey brains. I couldn’t tell if I was being served delicacies or food mislabeled as a joke, but it made me feel uncomfortable.

After the meal I realized that I needed to embrace the experience as a positive one, so I started asking the nationals about their language. It was based on pictures and had changed three times over the centuries. The one man was curious, so he drew words and had me guess what they were.

He shared simple words like restroom, bus, man, woman and other things a person might see daily. I got 100% of the words correct from the original language, but I only got 50% of the new language right. He was amazed at how well I did and then poured out his frustration about how the new generation makes it difficult for the older generation to communicate.

In that moment we connected. A new friendship formed from our joint understanding and experience. By acknowledging my surroundings as unique, asking the man questions that allowed him to share his feelings, we developed a friendship that made me feel liked I belonged.

The rest of the trip was a blessing because my fears and loneliness had vanished. I had found a way to cope in my new circumstances that allowed me to function fully. I was now more a part of their culture than my uninterested co-workers.

These simple coping mechanisms allowed me to thrive in the new environment, while those who didn’t adjust suffered. On the last day of the trip it was hard leaving my new friends, but my peers couldn’t wait to get home.

I had risen above the culture shock and took great stories home to share with my friends and family. My associates on the other hand, took little more than a few souvenirs back and soon forgot about the great experiences we shared in China.