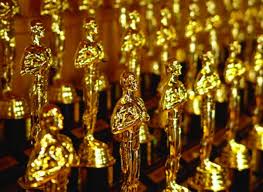 The Oscar® nominations were released for the 87th Academy Awards that will air February 22nd. I have added links to the legally available screenplays that I could find.

Best Visual Effects
“Captain America: The Winter Soldier”
“Dawn of the Planet of the Apes”
“Guardians of the Galaxy”
“Interstellar”
“X-Men: Days of Future Past”

Best Original Song
“Everything Is Awesome,” from “The Lego Movie,” by Shawn Patterson
“Glory,” from “Selma, by John Stephens and Lonnie Lynn”
“Grateful,” from “Beyond the Lights,” by Diane Warren
“I’m Not Gonna Miss You,” from “Glen Campbell: I’ll Be Me,” by Glen Campbell and Julian Raymond
“Lost Stars,” from “Begin Again,” by Gregg Alexander and Danielle Brisebois