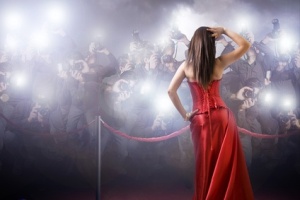 We’re still on pace for an Aug. – Nov. production schedule for “Working Title.” To make sure key actors are available, we’ve started conversations with several. I’ve found it to be an interesting experience, as many significant actors are more available and at much lower rates than in the past.

With the top studios making far less pictures (11 in 2013) and the rest coming from independent producers (440 in 2013), we have a much greater selection of name talent than ever before. We also have a greater chance of developing new unique stories, unlike the studios that focus on sequels.

Some of the name actors find it difficult to determine which film project they should sign onto. The companies with the better stories are virtually unknown, while the known commodities in the production world have quickly thrown together scripts that are sure to fail without a great performance from its star. The paradox is that actors need great stories to up their performance level.

I spoke on the phone with a name talent’s agent this week and found myself laughing at his attempt to control the conversation and the negotiation. His technique would probably work if I represented a major studio, but he had no clue how to talk to an independent filmmaker.

I’ve produced seven films outside of the Hollywood system and can tell you that playing negotiation hardball with an independent is silly, because we’ll just select a different actor and open up another dialog. Independents don’t “need” the star, just a great actor. In fact, more actors have been “found” based on their performances in independent pictures than studio films throughout history.

Negotiating with an independent is all about building a relationship and understanding their style. Those two factors can create an impressive working relationship that leads to award winning films in the festival circuit. And, the connection will show up on screen, which will increase box office revenue that the star is more likely to share in – A rare experience for studio films.

This is not to say that a certain level of credentials have to be in place in order to make things work for all involved, but it must come from both party’s looking for a win/win scenario compared to the agent who demands to be in control for the sake of his win over everyone else’s loss.

The good news is that “Working Title” continues to move forward even though we’ve changed out some of our choice actors. However, the great news is that we’ve found new talent that is actually better than our first choices. The experience has also helped us to expand our search to those who have great box office draw overseas.

With China representing 50% of the market by the time our film releases, we are happy to have started searching for Chinese talent as well. It’s our hope that an international cast with well-known actors will not only help our box office appeal, but also expand our fan base. And, since fans in 144 countries already read this blog, it fits the direction we’ve been headed for some time.