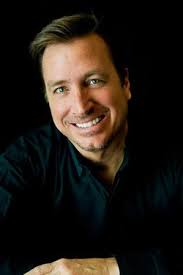 Quest of the Nail Prints author, Don Furr, flew to Chicago last week to discuss the film and his second book Peter’s Quest. After discussing the differences between the original story and the movie version, we talked about the possibilities of combining efforts to restructure the sequel.

While this would tie the two storylines into one, versus maintaining parallel stories, it would require about a 50% rewrite for Don, who is on deadline for his sequel. There are several benefits that can surface if both storylines follow the same premise, but there are also a few negatives as well.

Creating the same storyline, allows for joint promotional dollars to expand the audience for both products, but the flip side would require Don to let go of a few creative ideas during a collaborative brainstorming session. This issue of letting go of one’s original work can be one of the most difficult things for an author to face.

Don’s storytelling abilities in the literary world have worked well for him, as he continues to receive unrequested endorsements from visible people and celebrities. However, Don has also caught on to the fact that film is a very different medium and he has loved most of the changes we’ve made in the screenplay.

A person reading both the book and the screenplay would recognize how much more visual the story became. Don’s book allows more exploration into the subtle nuances found in relationships, while the movie takes the audience on an exciting adventure of unexpected revelations.

The best part of the collaboration process is that Don and I hit it off well. We appreciated each other’s creativity and admired our shared ideas. I have no doubt that a great merging of the minds could take place for the sequel, but Don must first decide how much of his future plans he’s willing to alter to make the alignment possible.

This is not an issue of ego, as some might assume. It is all about how the two different media can tell the story. The greatest difference is that books can place the reader inside of the main character’s head, which is handled by a weaker process in film — A character thinking out loud or dialoging with another person .

On the other hand, film can quickly show subtle nuances that might take a book too long to explain, causing the pace of the story to waver. This delay might drop the reader out of the adventure. The key is figuring out what story to tell and what medium allows it to be told in the best possible way. And, what elements will work in both media.

The decision will be made within the next two weeks. In the meantime, we have plans to talk with a distributor in advance of production, and we will meet with a major retailer who wants to participate in a large promotional campaign for the DVD/Blu-Ray, book and soundtrack. This joint promotion will create 200,000,000 impressions – A very successful ad campaign. To help you with perspective, the average independent film generates 1,200,000 impressions.