Behind the Scenes of “Working Title” Blog #1

This is the first in a series of behind the scenes blogs for a new film that will be released in 2014. The film requires a great deal of secrecy due to some of its controversial content, so I will be limited in what I share between now and the film’s release date. 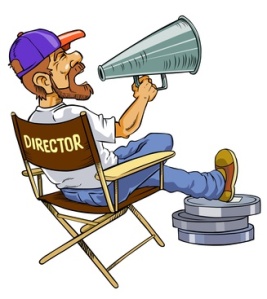 However, I’ve decided to share the entire process from start to finish with my readers. I had always wished someone had done the same for me in my early filmmaking years, so I’m going to do it for you.

This means you will read about my successes and failures as they happen. You will know when I hit a brick wall or fall flat on my face, and when I’m celebrating because something special or fascinating happened. That’s right. You’ll be right there behind the scenes with me.

I’m guessing this new blog series will be entertaining for fans who like to hear things in advance of a film’s release. It’ll also be educational for filmmakers who want to live vicariously through my production to glean new processes for their own films.

Hmm, maybe this should be called a reality blog.

Just like reality TV shows you’ll learn about the good, the bad, and the ugly. I’ll even add pictures when I can, and video clips too. Everything and anything that might help you experience this picture in the making right along with me.

I don’t recall any filmmaker who chose to be this transparent with his fans, but I’m going to do it. What do you say we get started…

The story is the most important part of filmmaking, although I never believed it when I first started in the business. My first few jobs with the networks led me to believe that technical excellence was more important than anything else. I’ve since watched hundreds of technically perfect, boring films that lacked good story.

As a result, our story will be entertaining and eye opening.

The three of us who got together in the mid 90s to write the original story found our script ahead of its time. There was no one in Hollywood that was willing to take the risk, so we put it on the shelf. However, there were some significant changes that happened in society a few years ago that forced our story to surface as being extremely relevant.

All three of us simultaneously started looking for each other. None of us knew that the other had started the search at the same time, but we soon learned that we had. The core of the relevant story stayed intact, but we had to rework the style and pacing of the story to fit the industry’s artistic changes.

When the three of us reconnected, the first thing we did was attempt to voice the sense of awe that we felt. The story was more relevant than we had ever been able to imagine and we instantly knew that the film was going to open the eyes of millions. It was as if we had traveled ahead in time to learn what our future audience would need.

I can’t wait to tell you more about this amazing story and take you behind the scenes with every step we take to make this film. Please give your friends a heads up about our project, as I’m sure they’ll want to hear about it as well. And trust me when I say you’re not going to believe some of the amazing things that I’ll be sharing – I’m still trying to grasp it.

But it’ll be a great adventure and I hope you join me for each entry.

2 thoughts on “Behind the Scenes of “Working Title” Blog #1”