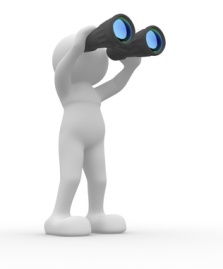 My first experience with remote production work over the Internet was during the Sundance Film Festival.The Hollywood Reporter invited me to a live Sundance Google® Hangout with four other filmmakers to chat with Oscar® winning documentary writer/director Frieda Lee Mock about her new filmAnita. The hangout session was broadcasted live on the first day of Sundance 2013.

Yesterday, I had my second experience with distance production work. I directed a promotional spot in Orlando from Chicago (due to schedule conflicts). The production was shot at a Full Sail sound stage, while I directed from my study via a Google® Hangout.

The camera that was set up to be my eyes was positioned so I could see the set, actor and the camera monitor. My microphone output went through a speaker so the entire cast and crew could hear my direction. The experience was not much different than my live broadcast television days at ABC, when I directed from the booth and communicated via headset to the talent and crew on stage.

The key element that made the television process work was the floor director who represented my physical presence on set. In the same manner, I used an assistant director to be my hands and feet at the sound stage.

To improve on the experience going forward, I would want to set up a second simultaneous Google® Hangout with a direct feed from the camera. This would give me a more accurate assessment of the image being captured and give me peace of mind. Without the second feed, I had to rely on the cinematographer to fully understand the look and visual style I had in mind and for him to judge the visual details accordingly.

Once the shoot was complete, we tested the uploading of the dailies to an ftp site so I could access it. Within fifteen minutes I had the test footage and completed the first rough cut of the show. Since there was a bandwidth problem on the Orlando side, we decided to overnight the footage on a flash drive. Had the bandwidth on both sides been high enough, we would have completed the entire transfer within an hour.

The experience for the talent was unique. Since my connection was through the Google® Hangout, they were able to see my expressions on the monitor. This enabled us to have a direct “face-to-face” conversation and bounce creative ideas back and forth. When someone had a question, instead of relaying it through the assistant director, they could just ask me directly.

The entire cast and crew were very accommodating. When I needed the lights moved or adjusted, the crew quickly responded to my request. The talent also responded quickly, making whatever adjustments needed to fit the vision I had for the promotional piece. We were even able to rehearse a walking pullback shot to get the perfect camera to talent position.