Speaking Her Language and His 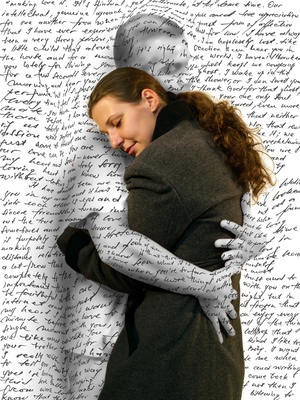 I just read a staggering statistic about 72% of men being disconnected from their emotions and not knowing how to stay engaged in that portion of a relationship. At first glance, many would agree with that statistic, but I find the conclusion a little too convenient to draw.

Everyone knows that women are more emotional and if you use their scale, it does look bleak for most men. However, a man scale, not a female scale, should be used to measure men.

As a co-leader in my church’s Encouragement Groups, I’ve had many in-depth conversations with numerous men and women. In the beginning of my leadership experience, I would have told you that women are in touch with their feelings and the men aren’t even sure what their feelings are, let alone how to be in touch with it.

But, after several years of listening and after having learned how to create a safe environment for vulnerable discussions, I can clearly state that the men do a much deeper dive on emotional topics than women. The key to a man sharing his deep feelings is all about the right visual environment and positive affirmation of his shared feelings – The opposite of what many men receive at home.

In my talk, “Drawing Out Your Man’s Verbal Intimacy”, I address the importance of a visual conversation and how to use word pictures to express feelings that men quickly understand and empathetically respond to with little effort. This process was commonly used over the centuries with parables and other forms of visualized stories.

How a setting is decorated can influence the amount of sharing a man engages in. It plays a huge role in his senses, and his ability to be comfortable and open. Yet, most counselors use feminine decorations in hopes of relaxing people, rather than making them feel like they belong.

A woman once asked me how she could get her husband to listen attentively to her, instead of trying to fix her, when she poured out her feelings. I told her to find a place in the home that had a specific visual look to it and only share her strong feelings while in that setting. I also suggested she remind him the first few times that when they are seated in that space, it’s her time to share her feelings and she needs him to listen and not attempt to fix her problems.

The visual setting would immediately remind him of the specific behavior of listening without interruption that was required. Over time he would pick up on other visual cues like her facial expressions, which would allow them to have feeling conversations elsewhere without old habits returning.

I also suggested that if she really wanted him to understand how she felt, that she would need to consider word pictures. During her first feelings conversation she suggested that the work issues she was discussing made her feel like she had been hit by an 18-wheeler and tossed into a nearby gully. Her husband’s eyes watered with a great swell of empathy, because he could visualize the catastrophe she was feeling. The woman was amazed to learn her husband was a caring man with deep empathy.

She was also eager to heed my warning to not turn that visual space into a lecture setting. She admitted that many times she would lecture him about her feelings because she didn’t think he understood, but since she started speaking more visually, she’s never had to resort to such poor choices that close men’s hearts from being engaged.

A man came up to me not too long ago and asked what he should do for his anniversary. He told me that his wife was not into too many things, so an iPhone, or Blu-ray player was out of the question. I suggested he just sit down for an hour and write a note about how he feels about her.

He asked me to write it for him and I refused. I suggested that if he wrote from the heart, she would be emotionally stirred, regardless of his writing ability. A few weeks after their anniversary, I bumped into the couple and asked what was going on in their lives. Before the man could say a word, she bragged on how fortunate she was to have a lover who wrote deep heartfelt letters.

The man was visibly embarrassed and his wife was glowing for three weeks straight. While I have no idea what he wrote, his positive attempts at speaking her language was evident. She was able to understand his love in a way he had never communicated before. Their anniversary and conversations in the following months were amazing and went deeper than they thought possible, all because they focused on communicating in the other person’s primary language.