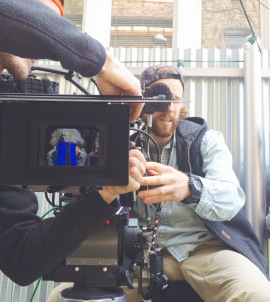 Persuading a person to your perspective is ascribed to two forms of communication: argument and story. Film is considered both an argument and story. Yet, many independent filmmakers never try to argue their point to a mass audience or share a story that’s saturated in experience and meaning. They simply want to create something cool, which adds to society’s noise.

The number of independent films, both short and feature, hit its peak and started to decline last year. The main reason for the drop was due to filmmakers leaving the industry. Many cited their inability to “break in” to Hollywood, as the reason for exit. When asked what changed perspective or infused meaning they had hoped to give their audience, none were able to answer. Their response suggested they had all been a part of the noise.

One filmmaker stated strongly that he didn’t make his film to persuade the masses, but instead created it to encourage like-minded people that agreed with his philosophies and ideas. He was asked a follow up question, “What meaning did you attach to the character’s experience for the edification of the audience?” His response was, “I had lots of lessons in the film.”

Having talked to thousands of independent filmmakers, I can tell you that a person who says they’ve put lots of messages in a film, has failed to provide the audience one clear understandable message. The film becomes a conglomerate of noise.

Story is a gift that allows us to turn meaningless activities into art filled with purpose. Without purpose, the artistry of a story fails to appear. It’s only when a single purpose or vision is conformed by artistry that a memorable story survives the test of time. When watching great story, audiences catch and embrace the meaning as their own, much like watching a good friend work through a crisis to success.

If you felt the need to label the outcome, we would call it a testimonial of the main character. After the hero overcomes his greatest obstacle, he is able to testify to his success. He lived through the painful process and not only landed on his feet, but also demonstrated to the audience a solution they can implement in their lives as well.

In other words, stories that stand the test of time are those that show a main character who attaches meaning to his or her experience. It is also a story that is easily shared with the masses because of its universal appeal. Whenever meaning is attached to a character’s activities, the story is of great interest to all viewers.

One benefit of losing filmmakers who don’t endow their experiential stories with meaning is the reduction of noise in the market. The less noise producing filmmakers, the easier it is for audiences to find the filmmaker who produces great stories.