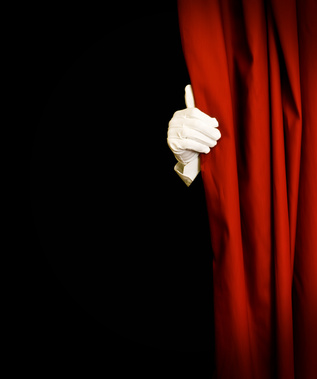 I heard a podcast with stand up comedians Ken Davis and Bob Stromberg talking about creativity. The one thing that stood out worth sharing was that neither man felt creativity was a gift. To clarify, they defined the “gift” as the capacity and desire to create, while they said “creativity” is a learned craft that everyone can practice.

I agree that everyone can be creative especially when following these 5 practical steps that I use:

The first step in being creative is capturing the things that stir the emotions. When I capture in a quick note or sketch the thing that impacted me or moved me, I’m able to remember it and give it my full consideration.

Once I’ve captured the moment, I then explore why it touched me. I ask myself questions in an attempt to learn the truth about why I felt the humorous or dramatic moment.

When I contemplate or meditate on the very thing that I chose to explore, new creative ideas pop into my mind. The one that makes the greatest impression fuels the fire of passion, giving me an opportunity to flesh out the concept in the form of an artistic expression.

People stop being creative when they stop playing. It’s therefore important to play around with variations of the new artistic idea. Rather than searching for the one “right” answer to present, playfulness requires exploring multiple right answers to find the most entertaining one that clarifies the message.

Assessing the presentation or performance with a test audience helps me figure out what worked and what didn’t work. More importantly, I learn what the audience understood or missed. This new gained knowledge gives me a chance to tweak and polish my creative idea for its final and official production.

The title of this post seems like an oxymoron, but I assure you it is not. Part of the dilemma some face in seeing truth within a title, is based on their previous experiences that are founded on their sole perspective. Finding the truth requires a glance into the lives of others, enough time spent to understand the definition from a new vantage point.

Society demands of its artists that they move our culture forward, while demanding of those exuding logic to carefully maintain and preserve our current way of life.

The airplane pilot is a great example of a calm logical person assigned to sustain our status quo at all costs. When boarding a plane, no one asks the pilot to experiment with flight control during the trip. Nor do they request an adventurous ride that is sure to catch them off guard and spin their life into an exhilarating experience worth weeks of water cooler conversation.

We want our pilots to be mundane. Our expectations are for them to find the least risky path for the plane, avoiding even the slightest turbulence when possible. We also want every decision they make to be founded on a depth of experience and logic that is seldom argued. When all is said and done, the pilot is “responsible” when he delivers nothing more than safe passage and a smooth ride.

The creative on the other hand is pressed by society to exert every level of risk in bringing us something completely new and innovative. With hundreds of new television series released this year we all gravitate to the few that take the audience to places they’ve never been and reveal wonders of life and times they’ve never experienced. We demand the fresh ideas from our creative at any cost.

When he is tardy to social events, most chastise the creative because he didn’t meet the logical or responsible time frame for attendance. They forget that the creative is only late when he is deeply emerged in creating elements for our future. In fact, the amount of energy it takes a creative to not give in to the distractions of the event later that day, but instead hunker down to the hard work of creating the next big thing is perplexing.

To understand that the artist, who doesn’t live by logical standards, is actually responsible by creative standards is accomplished by seeing how the two work together. The balance or synergy between the two types of people moves us to a new level in life and maintains it until the next breakthrough. The forerunner to the smart phone is a great example of combined efforts.

A creative person dreamt up the Star Trek communication device, which appeared in the television series that promoted a universe where people of all races were accepted, worked as a team and kept in communication using a wireless flip phone type of device. It was the due diligence of the creative that took responsibility to avoid distractions and instead put in the hard hours of brainstorming to create the vision.

A logical man bought into the dreams demonstrated in each episode of the telecast. He put his electrical engineering degree to the test and soon invented the personal Star TAC wireless phone that flipped open just like the device on the show. He had taken responsibility to turn the fantasy into reality using the mundane principles he had mastered. With over 60 million units sold, our world quickly changed.

Two responsible people with great differences in the way they perceive life teamed to launch the popular demand of communication devices. The creative birthed the vision and through the magic of television demonstrated its use. The logical bought into the vision and turned the dream into reality. Together society moved forward.

So why is it that many logical people think the procrastinating creative isn’t being responsible when he consistently delivers ideas that shake and alter our future? After all, creatives need that down time to increase the productivity of their creations. The irony is actually seen in the artist’s perspective who always appreciates the responsible engineer that turns his fantasies into reality.

Why does mutual respect between the two never happen? Actually, it does happen. Most engineers love working with creatives because they love to work the puzzle of design into reality.

It’s the general public that attributes great responsibility and excellence to the logical process and little to the artistic process. Yet, the general public spends a third of their 24 hour day viewing and using things developed by the creative. It’s absolutely ironic.

The creative takes the responsibility to procrastinate, brainstorm and dive deep into figuring out how his vision will be structured for the next big thing, but few recognize the value of it until they can hold or watch the final product. Of course, once the final product exists the public acknowledges the diligence of the logical persons who turned the dream into reality and forget about the creative who put in incredible amounts of emotional energy to birth the idea in the first place.

Getting Past the White Blank Paper

A common question I get is, “How do you get past staring at that blank white sheet of paper when you create?”

My answer, “I doodle on it until it’s no longer intimidating.”

The key to any creative project is getting started. You can start at the beginning, the middle or the end, as all elements will have a part in the final creative piece. It might take on a different form or launch you into a better direction or story, but all elements are part of the journey that develops the idea into something worth sharing.

I remember being mesmerized as a little kid watching Mary Poppins. She was wholesome, magical and very smart. When Jane and Michael struggled to clean up their room, she reminded them that, “A job begun is half done.” This statement proved to be true in life and helped me understand the three things necessary to move a creative idea through to completion.

Creatives tend to start with a doodled idea on the nearby napkin. I’ve yet to meet a great film director who doesn’t have doodles in the margins of his notebook. It’s a natural process for creatives to doodle out ideas and turn them into something greater than intended.

For some, clipping magazines for a vision board will kick their ideas off in a powerful way. Others create living reels, storyboards and mood reels. Another might shoot off lots of photos, stick them on the wall and arrange them to find a potential story. There is no wrong answer to spark ideas that can cross over to your next big thing.

Once the creativity has been started, the refining process kicks into gear. All first ideas lack luster and rarely fit the final work of art. The journey of creation requires rework 80% of the time to bring the art to life. Three steps will help the creative hone their ideas…

The sparkle or the ah-ha moment lifts the idea above scrutiny. That simple element of magic also transforms the art into something entertaining that must be talked about among friends. Whether it’s a unique moment in a story, the juxtaposition of two seemingly unrelated items, or an uncanny perspective that enlightens, the magic gives the art wings to transcend the culture to something better than its current state.

Get started in anyway you choose and then recreate to make your work better and better, until you finally find the magic element that will make your idea worth sharing by others. It doesn’t matter if your audience is a business team, little children or out of town relatives, everyone needs to be entertained enough to open their minds to your shared idea.