Why I’ll Never Make One 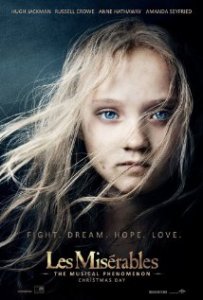 I’ve watched too many faith-based films over the past two years. It was curiosity more than anything else. The sudden glut of like-minded stories peaked my insurmountable drive to understand why and how it happened.

Looking first to the past, I learned that church-supported “Christian” films had been around since the early 30’s (not to be confused with religious biblical films that started in 1908), but faith-based films launched in 2006 and was immediately embraced and sustained by millions of home schoolers.

Studios got behind the new films, after fledgling around with previous breakout Christian films. Hollywood didn’t know how to promote the films nor did they know how to build the ideal audiences; so faith-based films that arrived complete with audiences intact or with church based promotional campaigns were welcomed.

Unfortunately that meant audiences would suddenly focus on what made faith-based films faith-based, which was mostly the story’s weaknesses. The good news is that redemptive stories were never tossed into the mix, although many Christians tried to convince others that redemptive films were also faith-based.

The biggest arguments surrounding the claims were in connection with two high profile redemptive stories: The Blind Side and Les Miserables. The faith-based market claimed The Blind Side as one of their own, even though director Tom Hooper specifically stated that it was not a faith-based film. Les Miserables was rejected by the faith-based community due to the whore, drunkards, and other low life characters, even though the story was arguably the greatest redemptive story about faith, forgiveness and love within the past two decades.

What made and didn’t make a faith-based genre became obvious to all film studios. It also helped clarify why some films made a lot of money at the box office, and why others flopped in general release or barely survived in limited release.

When I read the list of elements making up the faith-based genre and saw it played out on screen over the past two years, I concluded that I’d never make a faith-based film. In fact, I’m not capable of putting into a story the things that make a film qualify as a faith-based film.

This is probably a shock to some who know my penchant for redemptive stories. But those who are shocked are simply ignorant about what key elements make up faith-based films versus redemptive films. However, this can easily be clarified with a weekend marathon.

I propose you watch three faith-based films back to back on Saturday, followed by three redemptive films on Sunday. The difference between the two genres should become obvious. For the faith-based films I recommend Facing the Giants, Left Behind (2014), and Soul Surfer. For the redemptive films I recommend The Blind Side, Les Miserables (2012), and Captain America: The Winter Soldier.

Once you clearly see the difference between the genres, you’ll no longer be shocked that I won’t ever make a faith-based film. You might even get excited enough to cheer me on with making redemptive stories.