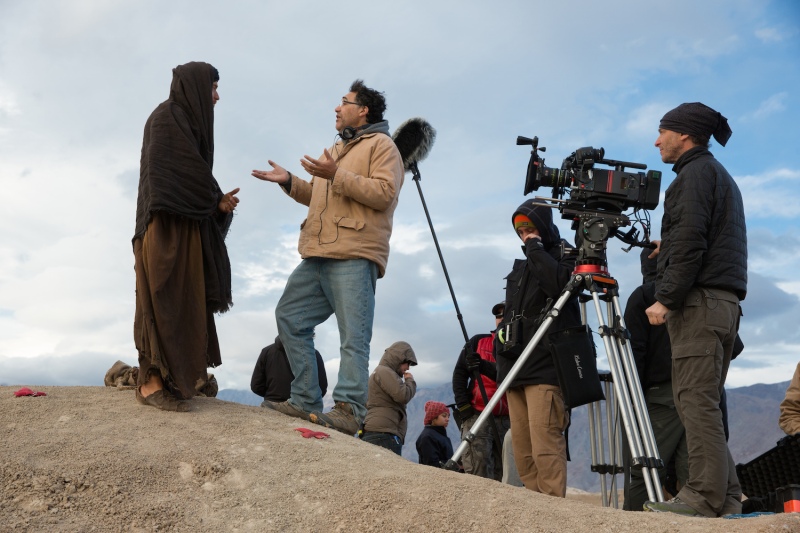 Finding out that Ewan McGreger stared in the film selected by AFI FEST and SUNDANCE, I felt it was a work that I needed to see during the launch of its limited release. I was also eager to see McGregor play both Jesus and Satan. While there were several moments of great value, the film was boring and diametrically opposed to scripture.

The premise of the film is a three-day journey for Jesus returning to Jerusalem after his 40 days of fasting in the desert. The exploration of this “what if” artistic expression found the filmmaker ignorant of the scriptures or not caring.

In fact, the inaccuracy and mishandling of scriptures was so bad, NPR raved about how excellent the film was and classified it to be as good as “The Last Temptation of Christ,” which Evangelical leaders declared blasphemous in 1988.

The first problem with this film is that Satan continues to tempt Jesus over the three-day journey back home. In the scriptures, after Jesus resisted the devil three times, using scripture, Satan flees. Their ongoing battle shows the two almost chummy in nature with Jesus calling on Satan to show him a boy’s future through divination. I counted seven of these types of inaccuracies.

The cinematography by Academy Award winning cinematographer Emmanuel Lubezki was very well done, but the beauty of the picture was not enough to offset the confusion of story and a bad story structure.

The film is clearly presented as a story of Jesus, but the story unfolds about a boy that Jesus encounters. While a person might jump to the conclusion that it’s a story within a story, the idea fails to launch.

The parents of the boy are the most interesting of characters, save for Satan. The boy comes next and Jesus is the most passive person of little interest. Even director Rodrigo García shared his fascination for the parents and Satan and how he tried to compensate, bringing more life to the character of Jesus.

The biggest shock to me was the reaction of the audience after the lights came up. Most people raved about the film, dismissing the long boring parts and the mishandling of scripture. One person said that they understood the director’s choices based on artistic license and hoped the film would generate more like it.

While the film was a great discussion starter, it failed to entertain and it took faith-based films back to the Stone Age – Although, it was not promoted as a faith-based film due to its inaccurate content. And, while it was a selection of two notable festivals, it didn’t win a single award.