Make a Short vs. Find an Angel 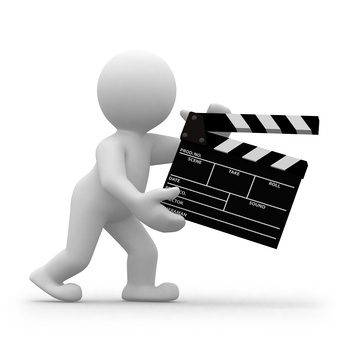 Is the key a short film that goes viral? Or, and angel who can fund a money making project?

Over the past five years I’ve chatted with 2,000 plus beginning filmmakers who are confident that if they create the right short film, it will open up doors of incredible opportunity. I’ve recently talked with scholars who also think the right short film would launch a career. A few friends have also suggested that a stirring short film might re-launch me back into the industry.

The truth of the matter is that out of the 4,000 plus filmmakers that followed my writings in various ezines, and the 16,000 writers who read my screenwriting column, none of them had a short film launch their career. In fact, out of the 100,000 plus filmmakers attempting to make their mark over the past five years, only two got a shot in Hollywood based on their short film. The one’s first project crashed and burned and brought demise to his career. The other’s career was launched with budgets he had no idea how to manage.

In the meantime, several dozen filmmakers launched new programs into the peripheral market and have found enough success to live off of it. They have started to build an audience and make enough money to make additional projects, while living off of its revenue. In my mind, these are the people who have found success.

Unfortunately, few people are able to enter the market at this lower level without some angel providing a break for them. Each one that I’ve talked with found someone to believe in them enough to front anywhere from $25-$125,000. These filmmakers also relied heavily on the team approach and pulled together the people needed to make the film.

This is the exact opposite of the going trend. Numerous people are suggesting that filmmaking is becoming an individual based process where one extremely talented person runs the whole show, especially in the area of short films. But the proof still resides with those who team together and create a mini or macro studio to make productions outside of the Hollywood system.

The last time I was at a film convention, I bumped into hundreds of arrogant filmmakers who all had extreme talent in one area and mediocre talent in other areas. I suggested that some of them get together to merge their talents and blow everyone away in the following year with an exceptional film that utilizes everyone’s expertise. They all looked at me like I was nuts, as they were each other’s competitors and would never stoop to such a ghastly thought.

I heard from a few friends that the last convention saw weaker films than the previous year. The quality of production and story had dropped. Few of the “competitors” were able to out do their previous attempts. This resulted in several of the filmmakers changing their life direction – All because they wouldn’t lower themselves to partner with other experts.

Those sharing the mentality that an individual filmmaker must make it on their own, see the drop off as a weeding out process that sifts out the real filmmakers. The odd thing is that most of those who gave up had more talent than those who stuck it out. Its sad to realize that the mediocre are now driving parts of the industry that used to be a collaborative art form for master craftsmen.

So, what are your thoughts? Should filmmakers keep on making shorts in hopes of being discovered or should they create a project that can make them enough money to live off of their art form?

28 thoughts on “Make a Short vs. Find an Angel”